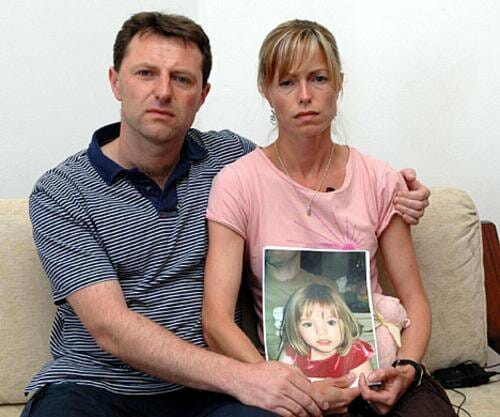 The disappearance of Madeleine McCann from her family’s holiday apartment in Portugal remains one of the most infamously mysterious cases in criminal history.

It’s been 11 years since Kate McCann discovered that her daughter wasn’t in her bed inside their Praia Da Luz holiday home.

Even today, new theories arise as to what really happened on the fateful night the McCann’s left their daughter alone when they went for dinner. Her family insist they have not given up hope of seeing Maddie again.

Of course, there remain those that still believe parents Kate and Gerry had something to do with the disappearance.

Not long ago, the woman who baby-sat for Maddie in the days leading up to the tragic event broke her long silence, and painted a completely new picture of what really happened on the night the McCann’s realised their baby girl was missing.

Ten years after Madeleine’s mysterious disappearance, the baby-sitter – unnamed – who looked after the three-year-old on several occasions at the resort, broke her silence for the world.

Speaking to the Daily Mirror, she talked about the tragic night in depth.

According to reports, the baby-sitter worked at the luxury resort in Praia da Luz – the place the McCann’s were staying at during their vacation.

She vividly remembers the dreadful moment Kate and Gerry realised Maddie was gone. Gerry desperately tried to find her, while Kate wailed.

“That’s the one thing I really remember from him, looking under the cars. I can’t forget that,” the sitter explained.

As per the Mail, the woman still has nightmares and is haunted by her memories of that day. Kate’s reaction is one that really sticks with her.

‘They’ve taken her’, Kate McCann is said to have wailed.

“‘She was crying, but almost in a catatonic state, and Gerry was very distressed.”

It’s been speculated numerous times that her parents perhaps had something to do with Madeleine’s disappearance. One theory is that either Kate or Gerry may have killed the girl by mistake, and then subsequently attempted to cover it up.

British newspapers have previously covered how Portuguese police suspected the couple could have given their daughter a pain-killer – or else some other form of medication – before heading out to dinner. When they returned to find her unresponsive, they may have hidden her body.

The baby-sitter, however, doesn’t lend much credence to such talk. According to her, it’s unthinkable that either parent could have had anything to do with the disappearance.

She was present during the initial stages of the Portuguese police investigation, and accused them of making several major errors during the first critical hours.

Amongst other things, it was reportedly an hour and a half before the first patrol reached the place where Maddie was last seen.

Her comments certainly shed new light on what could have happened on that fateful summer night almost 11 years ago.

She says that the area was deemed to be extremely unsafe, so much so that child-minders were given rape alarms for when they were walking home alone.

The baby-sitters themselves were also advised not to wander out of the resort complex.

Portuguese media recently claimed that police have discovered clues that possibly lead to a new suspect.

A source said: “There is just one person who detectives want to speak to, who was near the area where Madeleine disappeared almost ten years ago. An international search has been under way to find them.”

Today, Madeleine McCann would be almost 15-years-old. Her parents still haven’t given up hope of finding her.

All we can do is hope the mystery is solved one way or the other. Closure is needed for every single person who has followed this case from its earliest beginnings.

What do you think happened to Maddie? Feel free to share thoughts and feelings in the comments box.