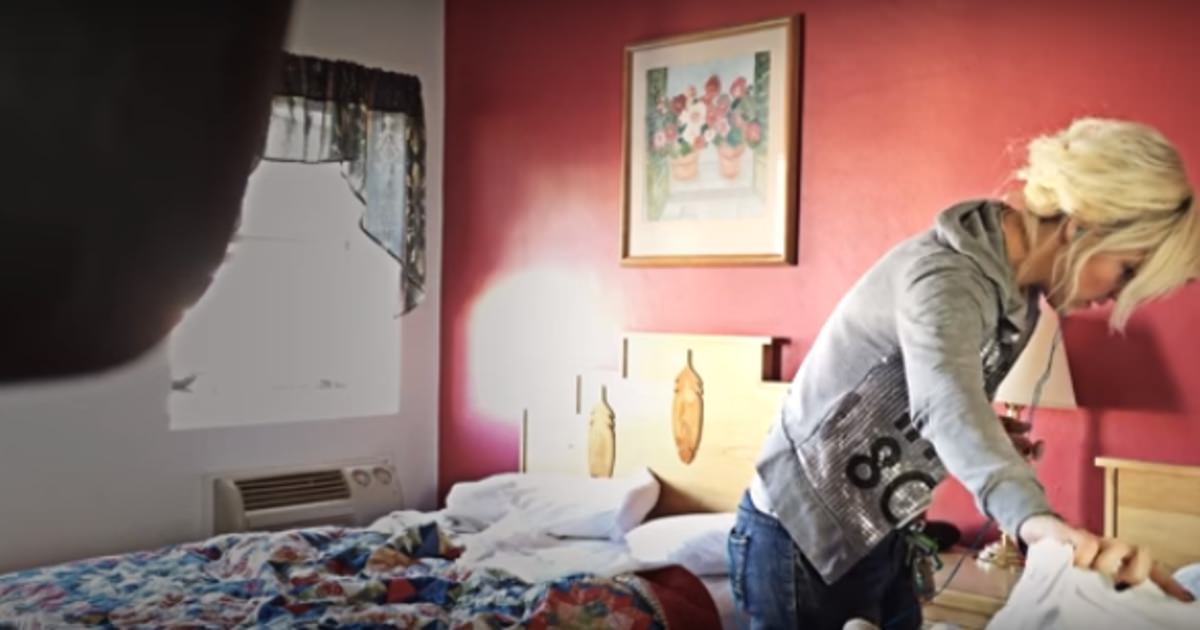 Let’s face it: some people possess hearts that are a little bigger and a little more full of love than others. Two people that this is absolutely true for are Josh and Kyle, the guys behind Give Back Films. The idea behind the films these two angels produce is to periodically surprise hard-working and deserving people with fantastic gifts. And they do quite the job in this clip. The target: a hard-working, honest maid. Read on below to see what happens.

The previous maid at a hotel recently quit and the owner was desperate to replace her as soon as possible. She thus put up a sign indicating that they were hiring.

Shortly afterward, a young woman walked into the hotel with her parents. She noticed the sign and inquired about what they were looking for. Upon learning that they needed a new cleaner, she immediately asked for the job – and the hotel owner accepted. It would prove to be a most beneficial recruitment.

The new maid delivered with panache. She quickly took care of the mountain of laundry that had grown since the previous maid had quit. She meticulously folded sheets and towels, setting them in neat piles in closets. She worked like a horse, determined to clean up the hotel, and doing an amazing job at it.

When Josh and Kyle from Give Back Films got wind of this hard-working lady, they decided she deserved a surprise. With the help of the hotel owner, they got access to one of the rooms she was mandated to clean. They placed hidden cameras in the room and a $500 bill under the bed cover, alongside a note.

When she later pulled up the bed cover, she got the surprise of her life – and her moving reaction was recorded on camera.

After the shock subsided, she thanked the makers of the show with all her heart for their generous ‘tip’. But for Kyle and Josh, it was just an appropriate symbol of the appreciation she so deserves for her hard work.

Take a look at the moving video here: strong>

I absolutely agree that this sweet woman got the appreciation she deserved. If you agree, please click the like button below.