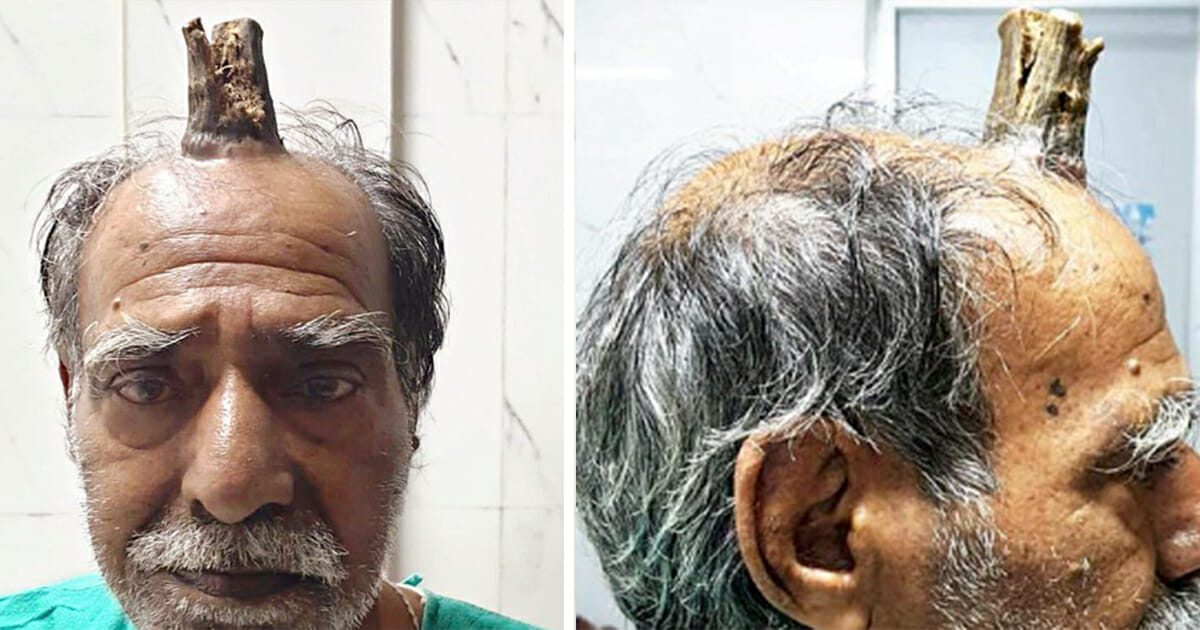 Our bodies are complex, amazing things, capable of surprising us at almost every turn.

Of course, said surprises are not always welcome ones, and the prospect of something happening within your body that baffles doctors isn’t one most relish.

Spare a thought, then, for Shyam Lal Yadav, 74, who noticed a “devil-horn” growing from his head after he banged it. Shyam says the horn emerged about five years ago, and resulted in him having to seek the help of surgeons.

Shyam Lal Yadav Many people have been left in a state of shock after photos emerged showing a 74-year-old Indian man, Shyam Lal Yadav, with a four-inch horn. According to Dailymail, Shayam began growing the horn after suffering a head injury in 2014. https://t.co/3MGuvFlTls pic.twitter.com/KGFfzz1Da6

According to the Daily Mirror, Shyam first noticed the horn emerging after banging his head. He initially kept the growth under control with the help of his barber, but eventually it began to harden.

Known as a sebaceous horn, the growth is understood to be made of keratin (found in toenails and human hair).

Neurosurgeons put Shyam under the knife at Bhagyoday Tirth Hospital in Sagar City, India, removing the lump and thus alleviating his problem. He’s now said to be in recovery.

Explaining the procedure, surgeon Dr. Vishal Gajbhiye said: “Around five years ago the patient had hurt his head after which a lump started growing.

“Initially, he ignored it as it did not cause any discomfort. Also, he got the growth cut by the local barber.

“But, when the lump hardened and started growing further, he approached the hospital at Sagar.

Indian man, 74, has four-inch devil horn removed from his head: Shyam Lal Yadav, from Rahli village in Madhya Pradesh, suffered a head injury in 2014 which led to the formation of a rare sebaceous horn, known as devil's horn. https://t.co/WM2VW2rowQ pic.twitter.com/Wi7LI2uZRg

“As the horn is composed of keratin, the same material found in fingernails, the horn can usually be removed with a sterile razor.

“However, the underlying condition will still need to be treated.”

It’s said surgeons used a razor to remove Shyam’s horn, and will now need to treat the cause of the growth to prevent its return.

Well, that’s certainly something I haven’t seen before! What a strange world we live in.

Share this article if you think the growth was fascinating!