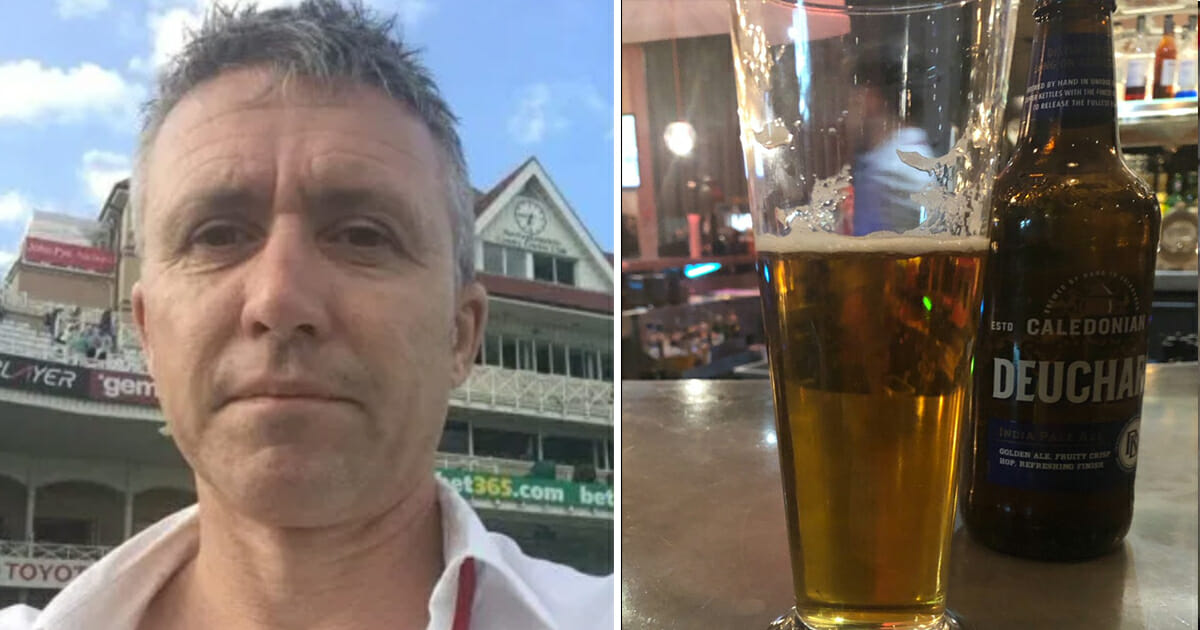 I’ve had beers and I’ve had expensive beers.

In fact, on occasion I’ve had beers that cost so much I questioned whether they were even worth it (OK, a beer is always worth it, but some take the biscuit even so).

That said, never have I ever seen my bill for one beer run into the thousands of dollars, let alone have one cost me £55,000.

According to reports, Peter Lalor has. The cricket writer, from Australia, was staying at the Malmaison hotel in Manchester, England, when he drank what he thinks might be the most expensive beer in history.

We’ve all had our fair share of stings when it comes to over-priced beer, but I doubt any of us can match Peter Lalor’s story.

The Australian was staying at the Malmaison hotel in Manchester when he ordered a bottle of Deuchars IPA. The beer was on the menu for £5.50 (around $6.70).

When it came to time to pay for the beer, however, Lalor realised something was wrong.

He explained his story on Twitter: “I didn’t have my reading glasses when she presented me with a bill for the beer and when she had some problems with the machine I didn’t think much of it, but it was eventually resolved, I said I didn’t want a receipt and she went to leave.”

See this beer? That is the most expensive beer in history.
I paid $99,983.64 for it in the Malmaison Hotel, Manchester the other night.
Seriously.

“Something, however, made me ask: ‘How much did I just pay for that beer?’ She checked, covered her mouth, started to giggle and refused to tell me, saying only there had been a mistake and she would fix it.

“She kept giggling, I told her it needed to be fixed and fixed right now. She ran to get her manager who took the situation far more seriously and went about attempting to arrange a refund. She told me somebody would be in contact.”

Following the incident, however, nobody got in touch with Mr Lalor. He says he remained unaware of how much had been withdrawn from his account until he got a call from home.

At the time of writing, the hotel are in the process of trying to get Lalor a refund. As one might imagine, the transaction has left a pretty big vacuum in his account.

Have you ever paid too much for a beer? Let us know in the comments box!

Share this article on Facebook so your friends can feel slightly better every time they’re robbed paying for a pint.