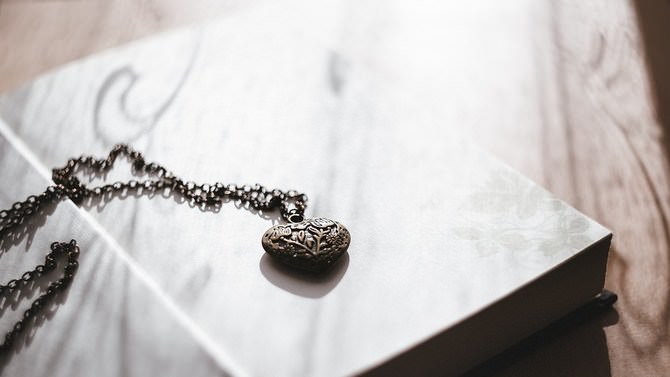 When Terry celebrated a year with his girlfriend Anna, he decided to give her something special.

Terry made her a necklace of genuine Tasmanian wood, which was his anniversary gift to her.

Girlfriend Anna, of course, was delighted with the gift and she wore the necklace every day.

But what she didn’t know was that the necklace was concealing a secret; placed inside was a hidden gem. “I always loved the idea of ​​giving someone a gift, where the person did not know its true value until years later,” Terry told The Independent newspaper.

Anna wore the necklace for a year and a half without knowing what was hidden inside. “There were some occasions where I was really worried; at one point, I thought she was going to trade it with a blacksmith at a market (the blacksmith loved the necklace, and she loved the blacksmith’s work) but luckily I didn’t need to crash tackle her,” Terry said.

But the worst time was when the Australian couple was traveling through an airport.

“My biggest moment of panic was when we went through airport security the first time. I hadn’t thought about the fact that she might be asked to put it through the X-Ray, which could have very quickly turned into an airport security proposal,” he added.

In November 2016 Terry decided to reveal the secret of the necklace at Smoo Cave, in northern Scotland. The couple had dreamed of visiting the place since the day they met.

Anna didn’t suspect a thing but when Terry returned, he revealed the secret of the necklace – an engagement ring – and proposed.

“It had a really small amount of glue holding the two parts together, so I loosened it with a knife quickly before we took the picture (which broke the top part off unfortunately…) and then put it in my pocket ready.” “She stood there with this completely confused and dumbfounded look on her face, and when she finally worked out what had just happened, she yelled, ‘Yes!’ and pounced on me,” Terry told The Independent.

Look at the romantic courtship in the video below.

Please share this if you also think this was very romantic and creative! Perhaps some of your friends can be inspired…