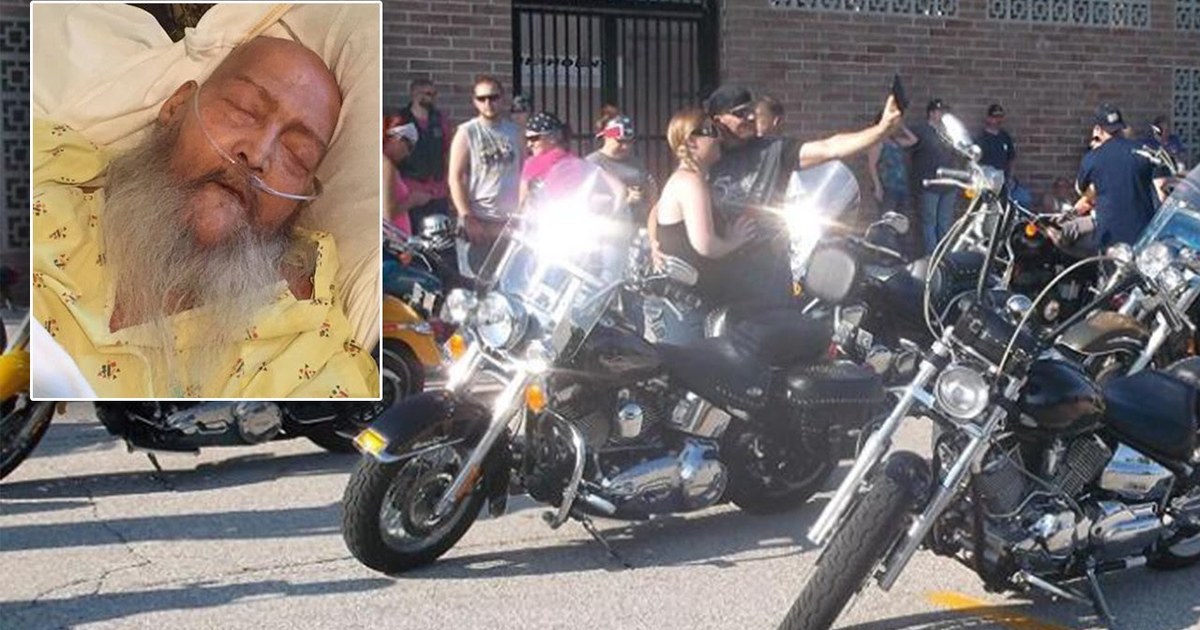 Jon Stanley from South Bend, Indiana, USA, felt very ill. For a long time he had fought against lung and brain cancer. It had been hard on him. The doctors had tried everything they had in their power to help Jon, a US Army veteran. But it was in vain.

Gradually, Jon could no longer perform and had to have oxygen tubes to help him breathe. Eventually, Jon’s family brought him home to live out his final days surrounded by his loved ones.

Jon had always been a real motorcycle-fanatic. When his friend David Thompson came home to see him, he quickly could see that Jon didn’t have much time left.

But even though he was no longer able to speak, David was able to figure out what Jon wanted as his last wish.

And he acted immediately. David quickly reached out to a local biker club via social media – and asked if anyone could help him fulfill Jon’s last wish.

In just a few days, over 200 people had responded – and more than 100 bikers arrived at Jon’s house to surprise him, revving their engines loudly to allow him to hear and feel that sweet sound for a last time.

It had always been one of Jon’s favorite things.

From his window, Jon suddenly heard the sound of the bikes. He gathered all his power and with the help of others, managed to come outside to greet his visitors – the majority perfect strangers he’d never even met.

Jon was even loaded into a side car – and his wife took him on one final ride.

“We all cried. We felt that we gave this man a last little bit of freedom,” one of the organizers behind the iniative told Inside Edition.

Just a few hours after the joyous experience, Jon passed away in his wife’s arms.

Watch more about Jon and how perfect strangers helped grant his final wish below:

What an utterly compassionate and kind initiative by perfect strangers! Share this heartwarming story with your family and friends.