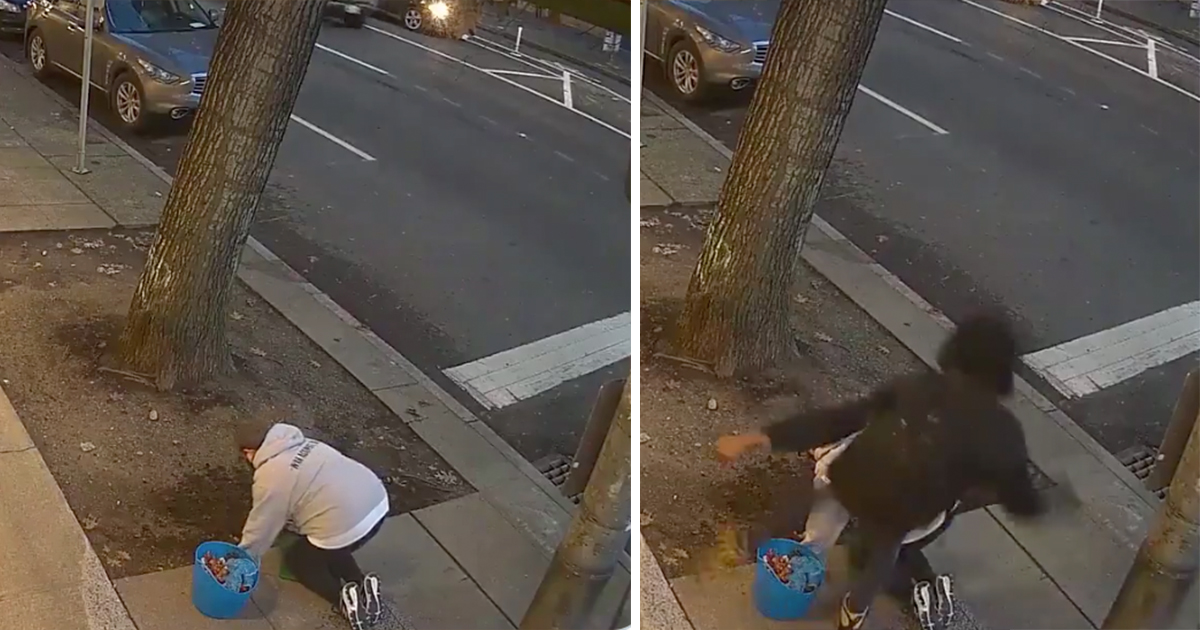 A 19-year-old man has been arrested in Seattle in connection with unprovoked attacks on two women.

Detectives earlier this week sought the public’s help in identifying a man seen in a video kicking a 56-year-old woman in the face while she planted flowers.

That incident occurred on Thursday, January 7, with another assault – believed to have been committed by the same suspect – happening on a Metro coach on January 6, after a man kicked another passenger in the head because she was talking on the phone.

The January 7 attack took place at around 5 p.m. and was caught on a security camera. Footage shows a hooded man walking down the street towards a woman who is bent over as she plants flowers at the base of a tree on the sidewalk.

In a shocking and wholly unprovoked attack, the suspect can be seen kicking the 56-year-old woman in the side of the head before walking away.

The victim was hospitalized with serious facial injuries, including around ten fractures to her cheekbone, nose, sinuses, and eye socket.

In the first attack, which took place one day earlier on January 6, the suspect reportedly grew agitated with another passenger on the bus who was talking on the phone.

He again kicked her in the head, causing her to suffer a concussion.

Fortunately, officers from the West precinct believe they have arrested the culprit. A 19-year-old man was interviewed and booked into King County Jail for investigation of assault.

I’m sincerely thankful that this man was caught. Why would anyone want to attack someone else in such a manner?

Share this article if you’re happy detectives have been able to arrest the man they believe to be the suspect.