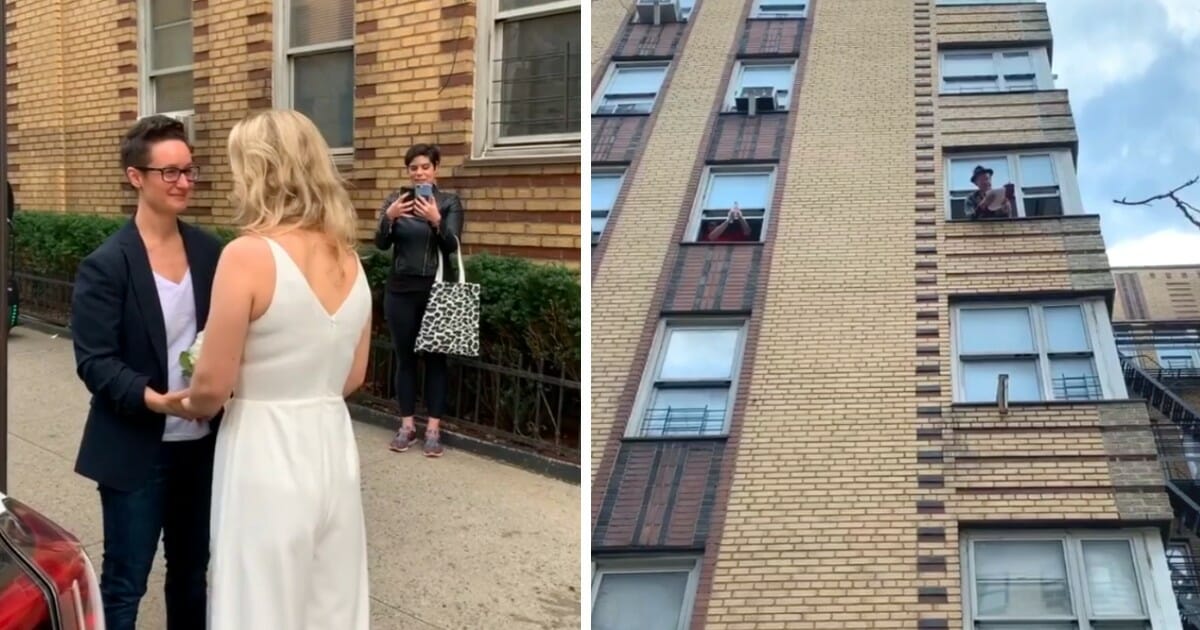 Life has changed in an instant for everyone around the world. Jobs have been lost, events that took years to plan have been postponed, and schools have been closed indefinitely.

Knowing this, one New York City couple didn’t want to take the risk that their wedding, which was still months away, wouldn’t go on as planned. So, they rushed to receive a copy of their marriage license and then held an impromptu ceremony on the streets of New York.

On March 20, Reilly Jennings, 28, and Amanda Wheeler, 38, found themselves running to the Marriage Bureau in New York City to obtain a copy of their marriage license. Even though their wedding wasn’t planned until October, they feared not everything would be back to normal. Plus, Jennings’ place of employment closed due to the pandemic and money was going to be tight.

“I definitely panicked,” Jennings told TODAY. “I was freaking out a little bit. I just wanted to get it done.”

With their marriage license in hand, the couple still needed to find someone to officiate. Luckily, their friend Matt Wilson fit the bill.

While they stood on the sidewalk and Wilson leaned out a fourth-story window of an apartment building in Washington Heights, the couple exchanged vows in a wedding that could have only happened in New York.

“It was the most New York moment ever and was even more special to share with the entire neighborhood in such a scary and uncertain time,” Jennings told CNN. “I love this city.”

Even if this couple’s wedding doesn’t go on as planned in October, they’ll have this unique ceremony to look back on.

Congratulations to the happy couple!