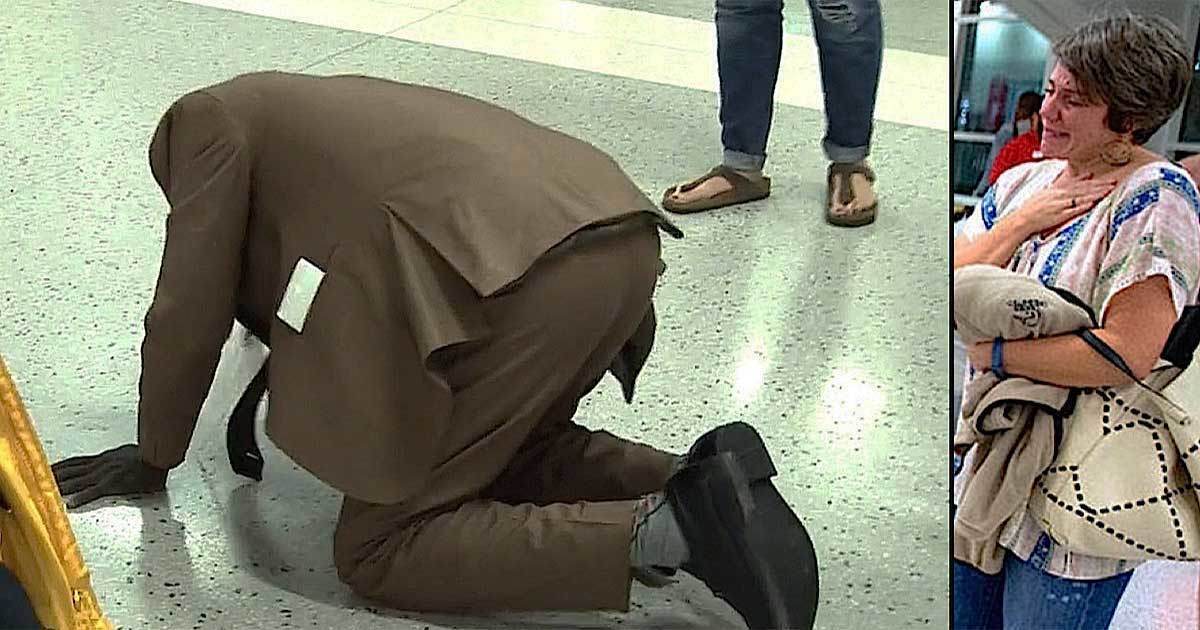 It’s easy to take things for granted, complaining that your food isn’t hot enough, your hotel sheets are too wrinkly, or the bus is a few minutes late…

But for many people, their day-to-day is anything but easy. Consider the life of Dyan, who found himself alone in a refugee camp after his family escaped their war-torn homeland of Sudan.

He spent years alone in the camp. Until one day, some heroes took Dyan’s family under their wing, and did something to bring back joy into their lives.

Alik and the kids were soon given the opportunity to start a new life in the United States. But Dyan was left behind in a refugee camp in Egypt.

But when Alik reached America, two people came into her life who would change everything.

Sisters Molly and Mary volunteered in the town in Texas where Alik and her children were relocated.

The sisters were assigned to care for the newly landed family and quickly formed a strong bond with them. But they soon realized that something was missing in the lives of Alik and her children: Dyan.

Being processed as a single man in a refugee camp meant that Dyan’s chances of being accepted as a refugee in the United States were slim to none. But Molly and Mary were determined to reunite Dyan with his family. They talked with everyone from politicians to lawyers while they filled out the paperwork.

Every time they spoke with someone, they got the same answer. “This will be a miracle if this happens.” But after a lot of hard work, they had a breakthrough.

Dyan was approved and flew to the United States to reunite with his family. Alik and her now three children dressed up in their finest clothes for the occasion and reunited with Dyan in a beautiful, emotional moment.

Finally, Dyan got to hold his beloved family in his arms again after years of struggling alone in the refugee camp.

Dyan could hardly believe it was true.

He fell to the ground and bowed his head in prayer in front of his family, Molly and Mary, who were all in tears. He had been given a second chance in life to be with his beloved family.

The years of separation and the crackly phone calls from Egypt to the United States were finished and Dyan and his family were together at last.

All of Molly and Mary’s work paid off. And despite some setbacks, they made the incredible reunion become a reality.

The miracle that nobody thought would happen and fortunately for the rest of us, it was caught on video.

This is just so amazingly beautiful!

What an incredible story! Please share this article with your friends on Facebook to draw attention to this beautiful family reunion and the fine work that Mary and Molly did to make it happen!