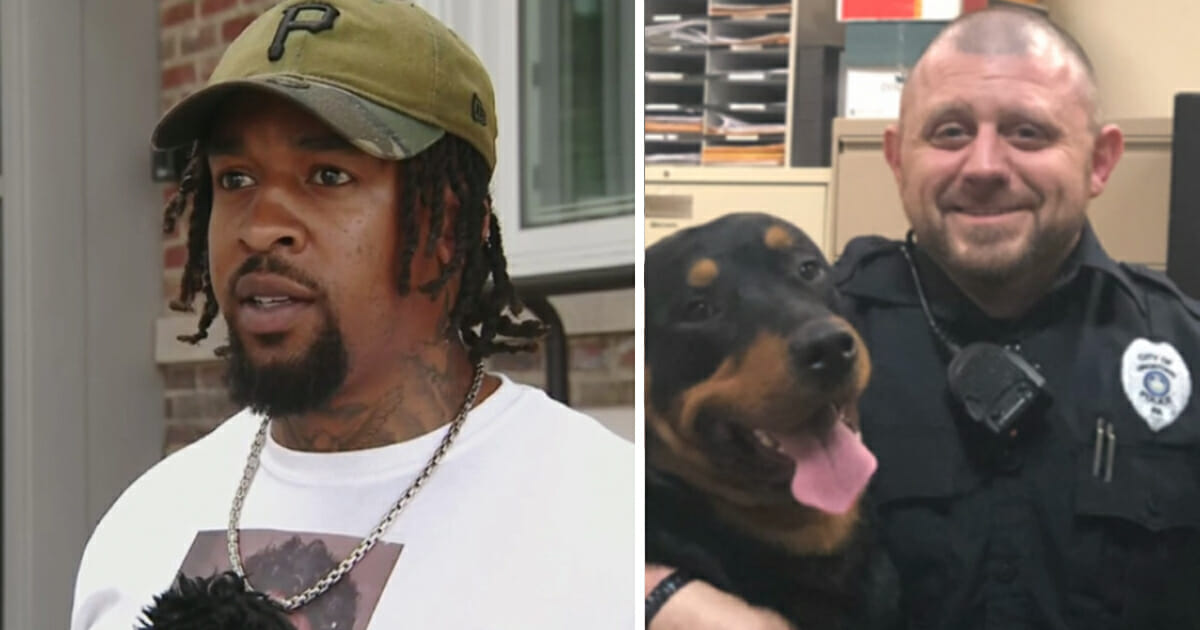 A man from Fayette County, Pittsburgh, Pennsylvania is being hailed a hero after pulling a police officer from a burning car on Father’s Day.

As per reports, the officer in question, Jay Hanley, was flown to hospital in Morgantown, West Virginia after being involved in a two-vehicle accident in Uniontown.

Daylan McLee, who reports say believes he has been wronged by police in the past, happened to be at a family Father’s Day cookout when the crash happened close by. He looked out to see Hanley pinned to the ground by his cruiser.

“I know this man is my brother through Christ, and I couldn’t leave him behind,” McLee explained to KDKA. “There were people outside screaming. We felt it in the house. It was like a jolt.”

Witnesses described how Daylan harnessed Herculean strength to drag the officer to safety before the cruiser burst into flames.

“I haven’t had the best past with law enforcement, just to know there’s still good people out there,” he said.

Officer Hanley, of the Uniontown Police Department, is expected to make a full recovery in hospital. His family are naturally grateful to Daylan for saving his life.

“That was a horrific accident that happened, it was bad,” Uniontown Mayor Bill Gerke said. “But something good came from it.”

Referring to the recent racial tensions that have gripped the U.S. in the wake of George Floyd’s death, Daylan said: “To teach humanity, teach children that it’s OK to reach out to officers. Not all of them are bad, not all people are bad.”

Thank you, Daylan, for saving this officer’s life and proving yourself to be a man of true character and bravery.

Share this article if you want to pay tribute to Daylan and his heroic act!