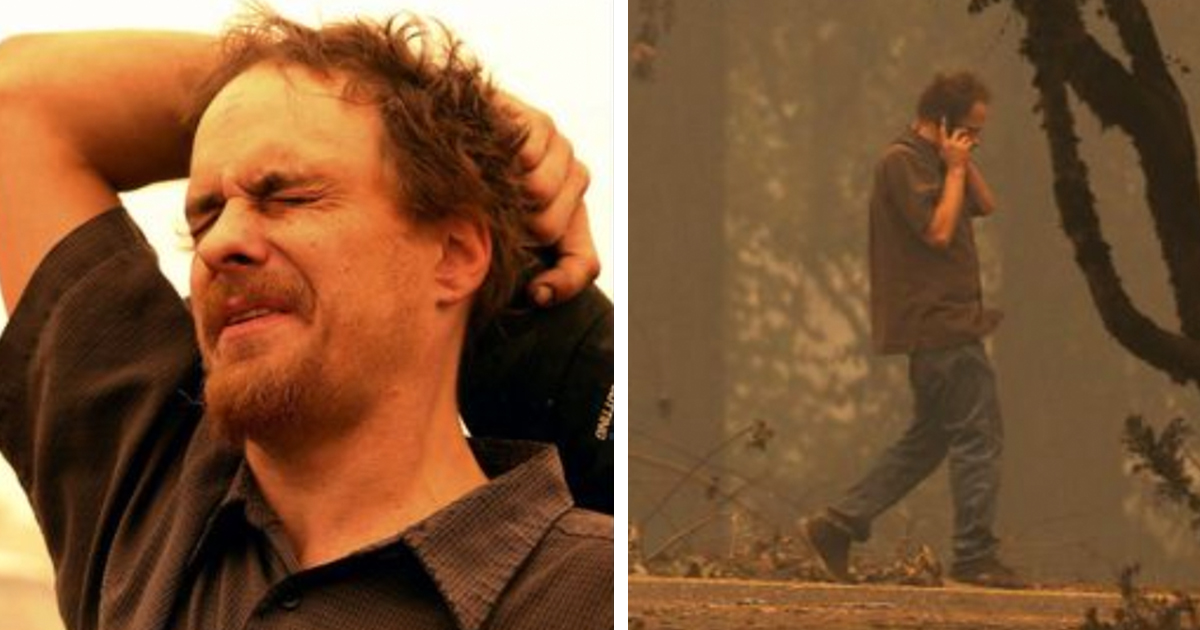 A man searching the ruination left behind by the Oregon wildfires was shocked to learn that the badly burned woman he had spoken to was actually his injured wife.

As per reports, Chris Tofte braved the aftermath in his vehicle on the hunt for his family. He’d been split up from them when the fire raged, and had headed out as soon as it was safe to do so.

As he explained to the Statesman Journal, he pulled over when he spotted a woman on the road, standing in her underwear with her bare feet burned and her and mouth completely black.

Chris reportedly told the woman that he was looking for his wife and son, to which she replied:  “I am your wife.”

Angela Moss, Chris’s partner, had walked almost three miles on hot asphalt after flames had started to close in on their home in Lyons, Oregon.

The couple had believed they had time to make certain preparations before the fire reached them, so Angela packed some things together and Chris drove to a friend’s house to borrow a trailer.

Yet that very night, as Angela and the others slept, the fire spread further. Angela was able to escape with 13-year-old son Wyatt Tofte and her mother Peggy. Sadly, Angela was the only one who survived.

Badly burned, she walked for miles before encountering her husband, Chris.

Chris left Angela with paramedics while he continued on in search of Wyatt and Peggy. Tragically, sheriff’s deputies from Marion County found their remains.

“Our family is devastated by the loss of our kind-hearted 13-year-old Wyatt and his beloved grandmother Peggy in the Santiam Fire in the early morning of September 8th,” a statement delivered by the family read.

“We want to thank all emergency personnel and people who helped in the search. Our family appreciates the love and support we have received from everyone during this terrible tragedy.”

Angela currently remains in hospital, but is expected to make a full recovery.

My word, what a terrible turn of events. I can only imagine the grief and sorrow Chris and Angela must have in the hearts.

Please, join us in praying that this couple recover. Share this article to wish them well, and to send love and kindness their way.