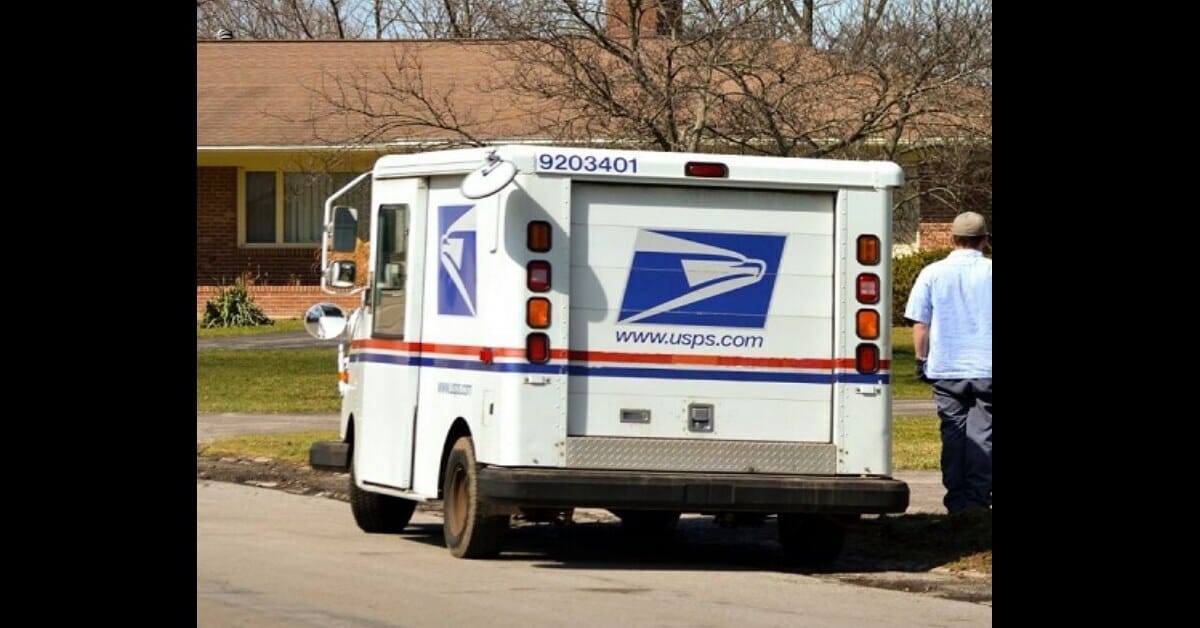 They’re often the unsung heroes of society, racing around in red, white and blue vehicles, braving storms and snows and scorching heat to deliver our mail.

Of course, we’re talking about postal workers. Sure, delivering mail might not be the most glamorous job in the world, but ever since humans decided to communicate over long distances, it’s been an important one.

On top of that, it can be highly stressful, particularly so in today’s world. But even in the face of a hectic schedule, one postal worker found the time to stop in the middle of his daily routine and do something that’s since gone viral …

City carrier assistant Robert Franklin, who works in Rochester, New York, was in the midst of a busy Sunday when he saw a customer out in his yard. It turned out the resident was in the process of raising the American flag.

Robert, a veteran of the U.S. Army himself, jumped out of his van and offered to help.

The homeowner politely declined the offer, but Robert stood stock still all the same.

To the owner’s surprise, Robert saluted the flag until it was at full mast. In an epic display of patriotism, the vet didn’t budge an inch.

Fortunately, resident Michael Lempert managed to snap a photo and share it on social media. Suffice to say it’s since gone viral.

Here’s what he wrote:

“It wasn’t until I was at my driveway that I realized the USPS driver was not in the truck, but rather standing at attention next to it, saluting the flag my neighbor was raising. I stopped right there and grabbed my camera off the seat next to me, took off my hat, and captured the moment.

“I then waited until the flag was fully raised before I walked over to introduce myself, asked him for his permission to share this moment, and thanked him for his service. But again, many thanks to retired U.S. Army sergeant Robert Franklin, who is still serving his country, rain sleet or snow. He is the manifestation of true patriotism, and I am proud to have met him.”

A true American patriot, but, then, we’d expect nothing less from a brave vet.

Share this article if you think Robert Franklin deserves to be celebrated for his actions.