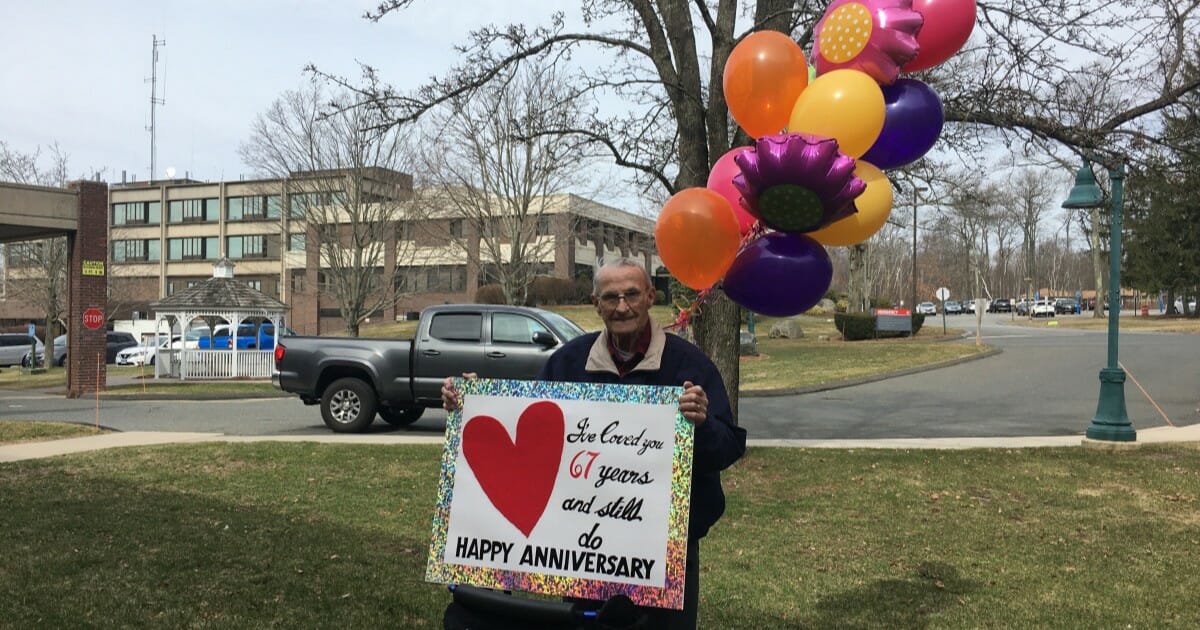 Ever since Nancy Shellard moved into a nursing home in Stafford Springs, Connecticut, her husband Bob visited her every day. But recently, he’s had to stop his daily visits due to concerns over the spread of COVID-19.

Even though the governor banned visitors to nursing homes, Bob knew he had to find a way to see his wife, especially on their 67th wedding anniversary.

Since he couldn’t spend time with her physically, Bob showed up outside her window with a sign.

“I’ve loved you 67 years and still do. Happy Anniversary.”

“It makes me feel bad because I want her down with me and I know she can’t be,” he told NBC Connecticut.

Nancy saw Bob’s sweet gesture and responded with waves and lots of kisses.

The couple’s daughter Laura said this was the first anniversary the two spent apart, and that their love for each other has been an example for her and her siblings.

“They have always been an inspiration to us and I think just seeing every year go by that they still express it in some way on their anniversary,” she said.

For Bob, he believes Nancy is his soulmate.

“I wouldn’t want anybody else,” he said.

It’s so sweet that even though he wasn’t allowed inside, Bob still showed up. I hope he continues to sit outside her window so the two can “visit” with each other.