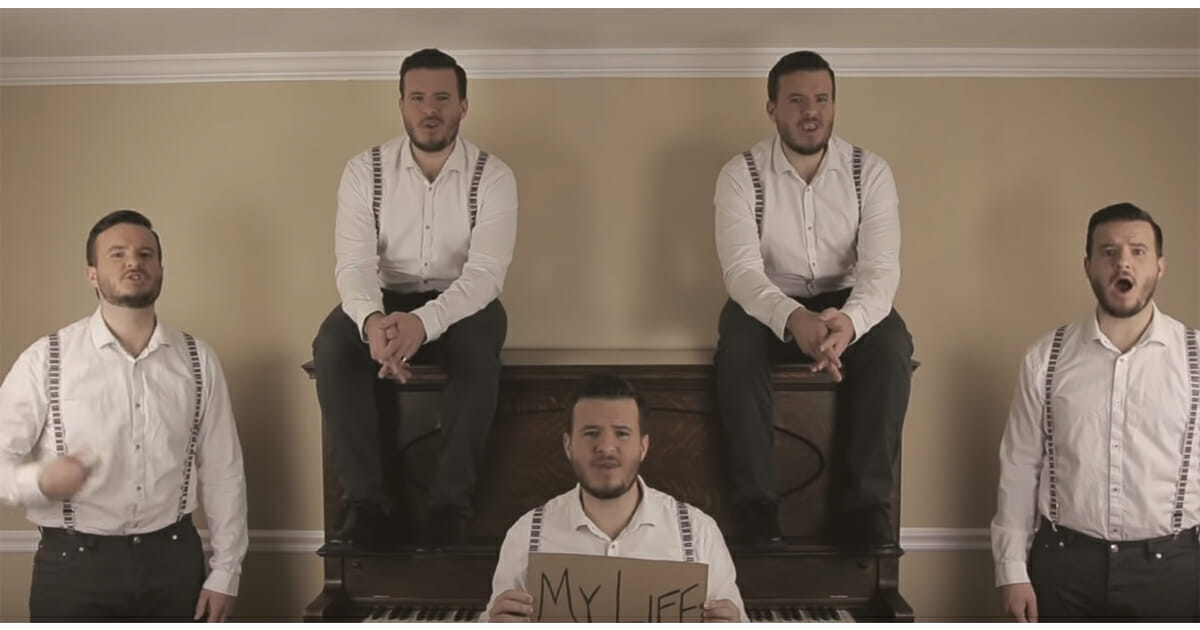 When it comes to famous singer-songwriters, Billy Joel is up there with the very best of them. Period.

For decades now he’s been creating and performing classics; those that not only rank high in the charts and do very well commercially, but also stand the test of time in terms of transcending generations.

As a result, it’s hardly surprising that there are a plethora of artists vying to cover his music. One of them is popular musician and producer, Jared Halley. He’s made a name for himself creating content on YouTube, and his work with some of Billy Joel’s classics truly is worth a watch …

Jared decided to cover not just one, but 19 of Billy Joel’s most popular songs. Now, there are no instruments involved, but it’s safe to say Jared doesn’t need them. His medley is fantastic anyway!

In his video there are, wait for it … FIVE Jareds, each of them playing a unique part in the performance.

He begins with “Uptown Girl”, the famous 1983 hit, before transitioning to “You May Be Right”, one of the songs on Joel’s 1980 album Glass House.

The third song to make the cut is “The Longest Time”, a single released in 1984 – delivered in an a cappella style that gives it a refreshing twist.

What follows are the likes of “It’s Still Rock and Roll to Me,” “We Didn’t Start the Fire,” “New York State of Mind,” and “Just The Way You Are.”

If you’re a fan of Billy Joel, it’s highly likely you’ll be able to appreciate the mastery of Jared’s performance. Even if you’re not his biggest supporter, you’re sure to find something that appeals!

Watch the brilliance unfold in the video below:

We know, Jared is one talented guy!