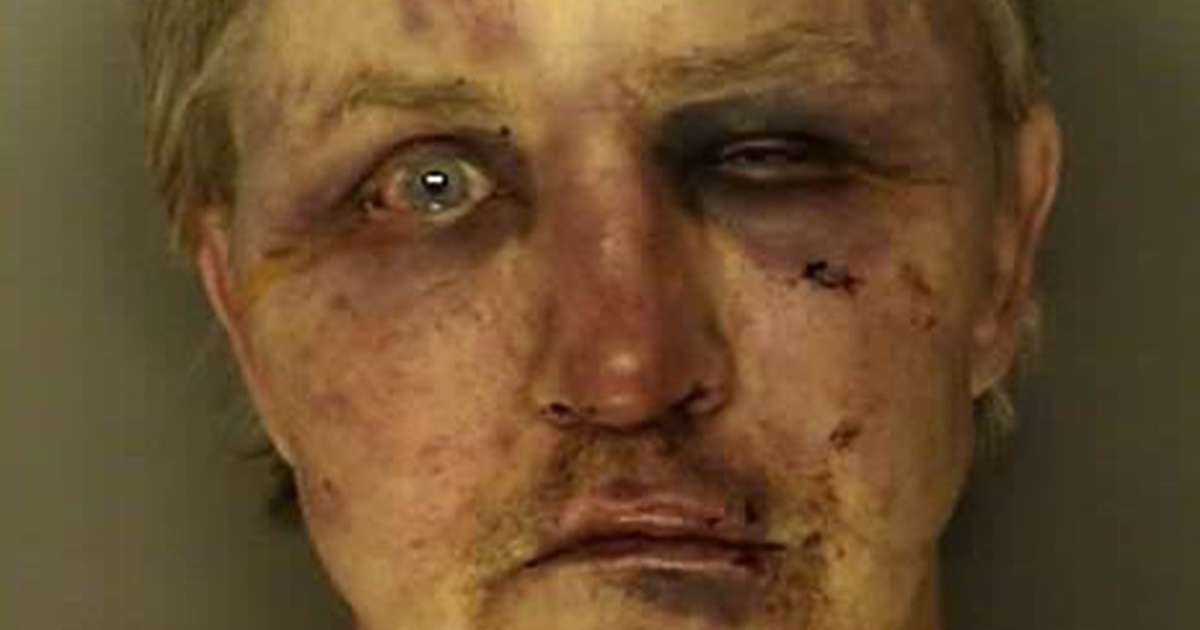 When I saw this picture, I felt kind of sick, wondering what could’ve happened to leave this guy’s face swollen and covered with bruises like that. But when I learned the truth, I became truly terrified.

Violence is something I despise and I believe is never the solution, but in some situations it is more understandable than others.

The man in the picture is 54-year-old William L. Mattson. On New Year’s Eve 2015, he spent the evening at a party at the house he shared with his nephew and his girlfriend, among others.

Mattson’s nephew left the party for a while, and when returned, he heard moaning coming from he and his girlfriend’s bedroom.

He immediately kicked the door down and found his uncle lying on top of his girlfriend. She was naked, while the uncle was still wearing clothes.

The nephew was enraged and punched his uncle repeatedly until the older man ran out of the house.

When the police arrived, Mattson claimed that he was innocent and that everything that happened was consensual.

Something that his nephew’s girlfriend denies.

After Mattson gave his his side of the story to the police, his nephew attacked him again, writes the NY Daily News.

However, some people think that the nephew’s actions should be written off as self-defense.

Rape is completely unacceptable. And to discover your relative doing something so terrible to someone you love must be just about the worst thing you could witness.

I don’t know how I would’ve reacted if I heard those sounds coming from my bedroom door, but I don’t think I could have thought clearly—even though I think that in general you should avoid violence as much as possible.

How would you react in a similar situation?

Please share this with your friends on Facebook if you also think that punishments should be more severe for people convicted of sexual assault.