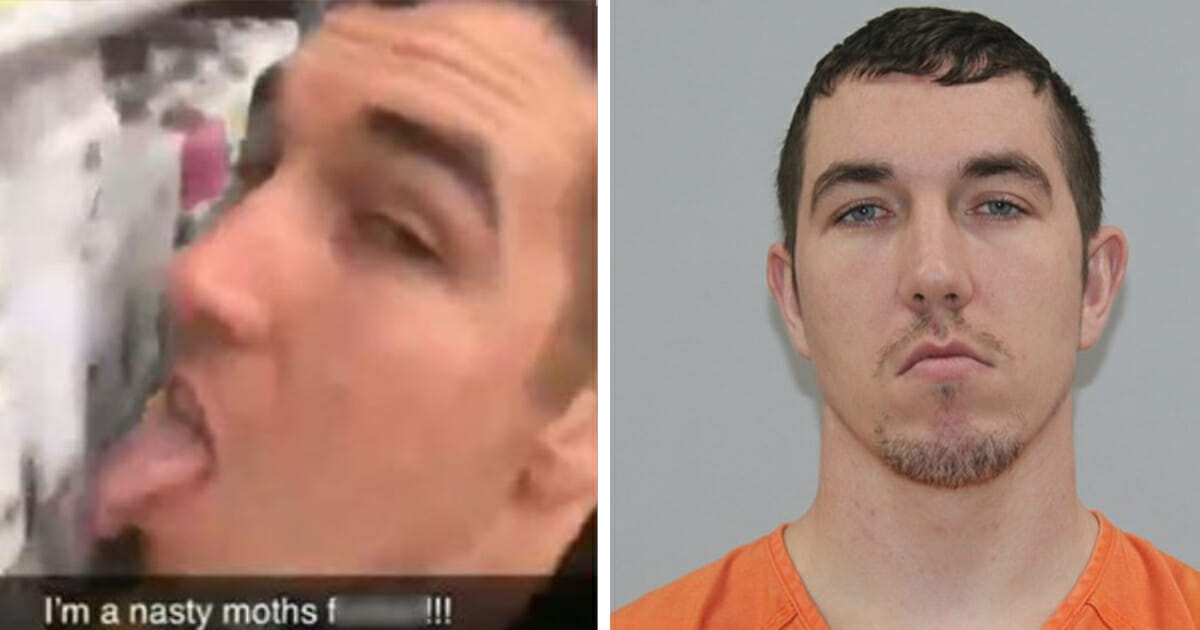 A U.S. man who filmed himself licking a row of items in Walmart has been arrested and is facing terror charges, police have confirmed.

Cody Pfister shared a video of himself licking toiletries in the store and uploaded it to the internet, where it was met with widespread disgust.

The 26-year-old has reportedly now been arrested by police in Warrenton, Missouri and charged with terror offences.

The police force said in a statement on Facebook: “A local resident who took a video of themselves licking the merchandise after making a ‘Corona Virus’ statement at Walmart and posting it to social media has been taken into custody. Charges will be pending through the Warren County Prosecuting Attorney’s Office.

“This particular video, which won’t be shared here, has gained some international attention and we have received numerous reports about the video from locals, nearby residents, as well as people from the Netherlands, Ireland, and the United Kingdom.

“We take these complaints very seriously and would like to thank all of those who reported the video so the issue could be addressed.”

A criminal complaint filed against Pfister read that he “knowingly caused a false belief or fear that a condition involving danger to life existed” by posting the video online.

The 26-year-old appeared in court Wednesday and is due back in May.

What sort of thought process do these sorts of people have? With coronavirus rife and the world going into lockdown, what sort of person thinks this is remotely acceptable or funny?

Share this article if you hope Cody Pfister is met with the justice he deserves.