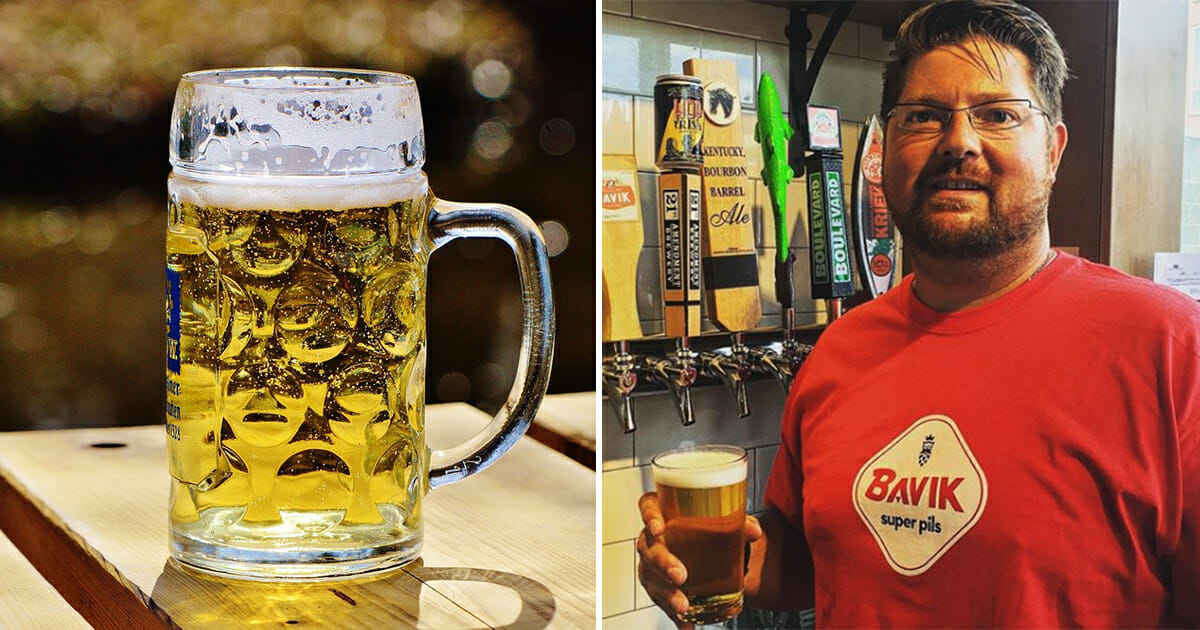 I don’t know about you, but the dream for me would be to enjoy beers consistently every single day for the rest of my life. Unfortunately, that’s simply not sustainable if you want to keep your liver, and I kind of do.

One man prepared to ignore the rules, however, is American Del Hall. He lived on only beer for an incredible 46 days for Lent… and dropped 44Ibs in the process!

We’re not joking. From March 6, all the way through to Easter, Del Hall, of Ohio, lived solely on the amber nectar. His inspiration came from a rather odd diet developed by 18th century monks in German Bavaria.

Without ‘cheating’ on his diet a single time, Del managed to shed weight by giving up food for Lent and consuming nothing but beer for 46 days straight.

“I’m feeling great! I went from 292.5 to 248.5. I lost 44 pounds. Not a single cheat! I plan to continue to lose weight through a protocol of intermittent fasting and portion control,” he told LadBible.

Del is employed by the brewing company Fifty West in Cincinnati, Ohio, and, believe it or not, hasn’t tired of drinking beer despite his insane diet.

As per Swedish station TV4, when asked about giving up beer, Del said: “No, I really love beer and I will never tire of beer. When I ate my first meal after the diet, I washed down everything with beer.”

Del’s duet consisted of a little water in the morning, and then anywhere between two to five beers a day, depending on how peckish he was.

“I normally have my first beer some time in the afternoon and I might have one whenever I’m feeling a bit peckish. The majority of the beers I’m drinking are at home. When I get home at night I might have two to three beers at the house and that’s pretty much a typical day,” he said.

That all said, despite Del’s success in losing weight, he isn’t recommending that others follow his lead.

“I wouldn’t encourage others to try. There are probably other, better ways to lose weight that are healthier.”

Help us spread word of this messiah’s work by sharing the article on Facebook.