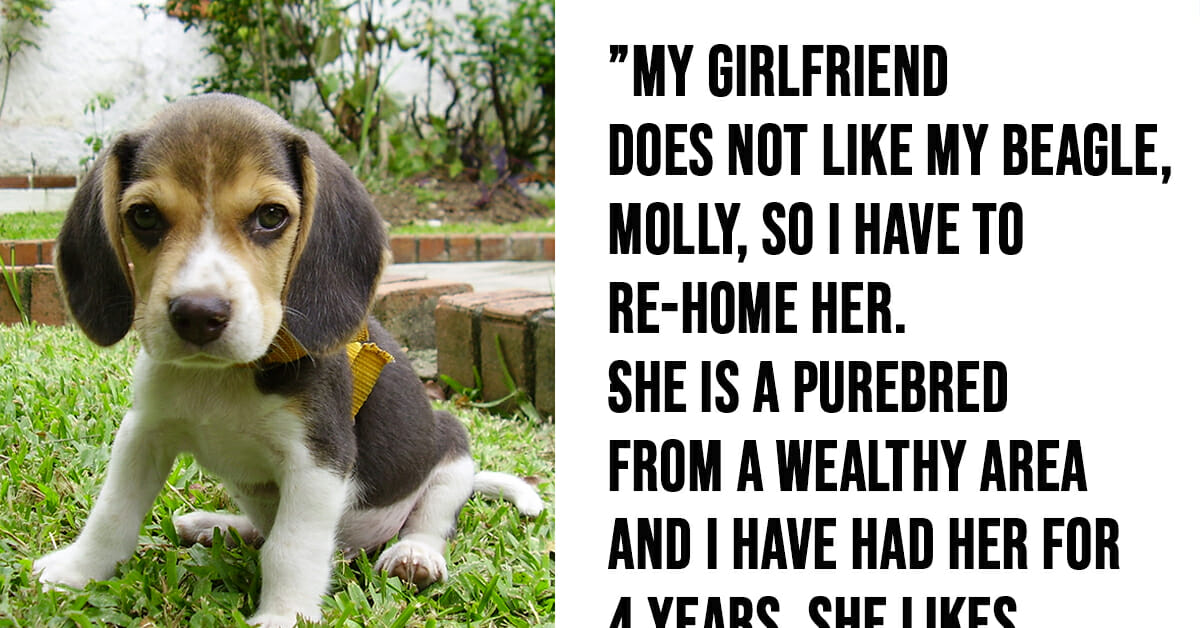 Anyone who’s ever owned a dog will tell you just how much things change when you start sharing your home with a four-legged friend.

You ears are regularly assaulted by random barks, there will be a phase when your furniture isn’t safe from a toothy-attack, and – depending on the breed – you’ll have to become accustomed to sharing your sofa with a creature who refuses to accept that such places are for those who walk on two legs only.

Most of all, however, you’ll realise that owning a dog isn’t merely having another mouth to feed and an animal with which to play fetch from time to time. No, you’ll realise that a dog becomes a family member. You’ll soon love and cherish it with all your heart, and there’s next to nothing that can ever change that.

Don’t believe me? Just read the story below, wherein a man was preparing to move into a home with his girlfriend of four years. Before they did, however, she had a rather abrupt ultimatum for him. To say he had a big decision to make is an understatement. Fortunately, we think he made the right one…

When one man and his partner had been together for four years, they decided the time was right to move in with one another.

It was then that she took him by surprise with a sudden demand. She said that she didn’t like his beagle, Molly, and issued an ultimatum: Her or the dog.

Obviously, it was a big choice to have to make. Luckily, however, he took little time in coming to the correct decision. He posted this brilliant advert on Craigslist shortly after: 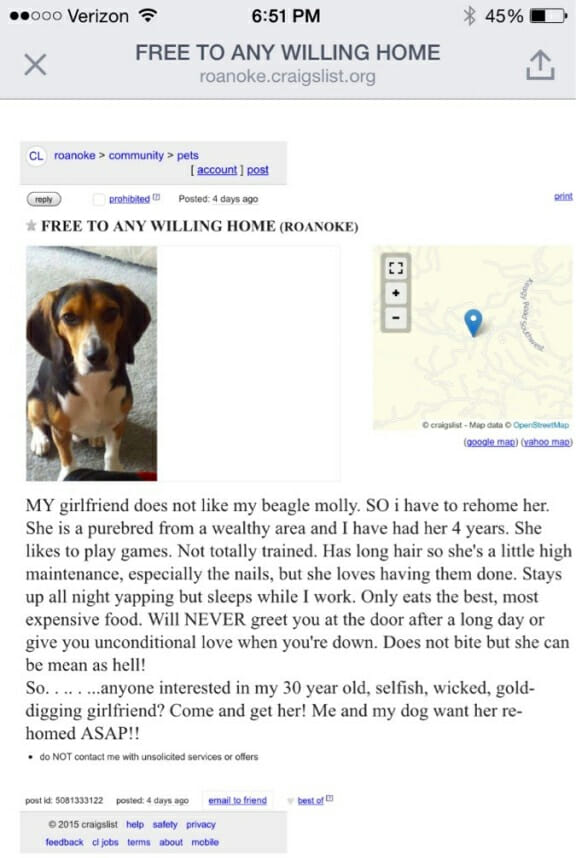 “MY girlfriend does not like my beagle Molly. SO I have to rehome her. She is a purebred from a wealthy area and I have had her 4 years. She likes to play games. Not totally trained. Has long hair so she’s a little high maintenance, especially the nails, but she loves having them done. Stays up all night yapping but sleeps while I work. Only eats the best, most expensive food. Will NEVER greet you at the door after a long day or give you unconditional love when you’re down. Does not bite but she can be mean as hell!

So… anyone interested in my 30 year old, selfish, wicked, gold-digging girlfriend? Come and get her! Me and my dog want her re-homed ASAP!”

We’re sure you’ll agree it’s hilarious. One general rule for life: If someone asks you to pick between your dog and something else, there should only ever be one winner!

Share if you got a good laugh out of this!