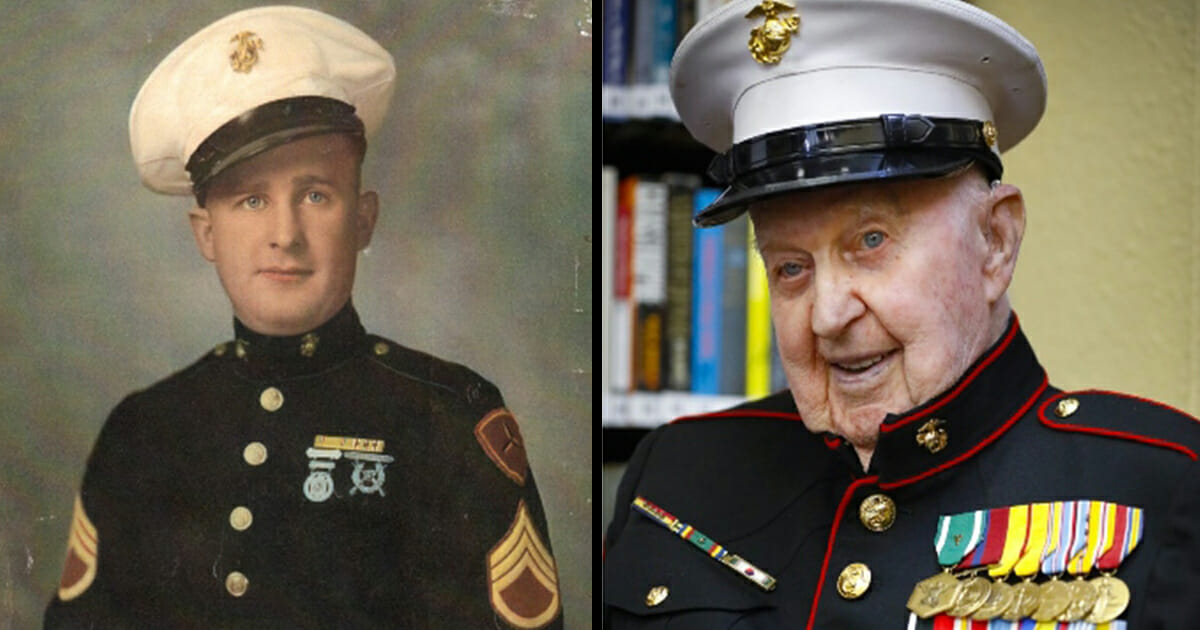 U.S. Marine First Sgt. John Farritor can be proud of a great number of things in his life.

Having fought at Iwo Jima in Japan and the Chosin Reservoir in North Korea, he more than proved himself a patriotic warrior in his youth. Well, now he can add reaching the grand old age of 100 to his list of achievements.

According to the San Diego Union-Tribune, Sgt. Farritor celebrated becoming a centurion at the Pacifica Senior Living Center in Vista, California.

We are sending him some Jarhead Java to help celebrate-HAPPY BIRTHDAY! pic.twitter.com/k1qazKJvNe

As per the Union-Tribune, Farritor spent 30 years in Corps, including 20 in active duty and 10 in the reserves, serving his country with distinction.

Born on July 9, 1919, Farritor enlisted as a Marine at the age of 20. In July 1941, he arrived for boot camp at the Marine Corps Recruit Depot in San Diego, and was subsequently stationed at Camp Elliot and then Camp Pendleton.

Having enlisted in the midst of World War II, Farritor fought in the bloody struggle for Iwo Jima, surviving a battle that took many, many lives.

After the war, Farritor joined the 11th Marine Regiment, which in September 1950 took part in the surprise amphibious landing at Inchon in South Korea. Farritor was injured during this campaign, taking a hand-wound from flying shrapnel. He refused a Purple Heart, even so, according to reports.

“When I hear people calling me a hero, I say I’m not,” he said. “All of the real heroes were buried over there.”