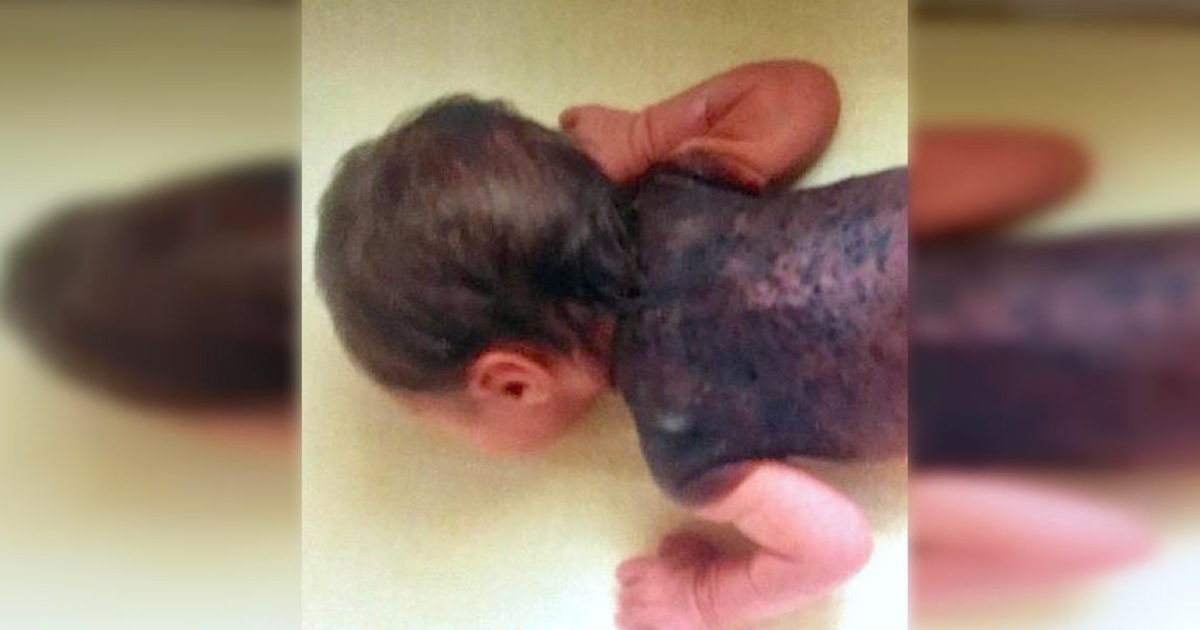 When Marissa Dees was born, her parents were in a state of shock.

The girl’s entire back was covered in black and purple birthmarks. She suffered from a life-threatening skin disease.

But today, 28 years later — she is unrecognizable.

As a parent, there is nothing worse than when your child gets sick or injures themself.

Marissa Dee’s parents know this far too well. They had the shock of their lives when she was born 28 years ago.

Their daughter was covered in strange black and purple spots. The unusual marks turned out to be a serious skin disease called congenital melanocytic nevus, a condition which can be life-threatening.

The disease is very rare and can lead to major skin changes which are at high risk of developing into cancer.

Marissa’s case was very bad — her entire back was covered in the marks.

But now 28 years later, Marissa looks very different. She had to undergo 30 different operations to remove the horrific skin marks on her skin, The Daily Mail reports.

“The birthmarks go under the skin, wrapping around the bones, muscle and tissues,” Marissa told The Daily Mail. “They can be cancerous or pre-cancerous, so I’ve had as many of them removed as I can.”

As a child, Marissa was bullied for her unusual skin but today as an adult, the mother of two has decided to show her body and talk about her disease to raise awareness about the condition and show other victims that they are not alone.

“As a child, I was embarrassed by how I looked and would always wear turtle necks even while playing sports and during summer,” she says. “But now things have changed.”

With time and extensive surgery, Marissa has learned to live with her body.

“I wear my scars with pride now and let it all hang out, this is my body and how I was made so I appreciate it — I’m still smiling and still beautiful,” Marissa says. “I don’t want to hide behind my nevus, I want to share and help others realise they shouldn’t be afraid to show their skin.”

Today, her biggest marks are gone thanks to all the surgery. Marissa is not afraid of showing her body and is no longer embarrassed about how she looks.

She might still have a lot of scars but nothing is preventing her from living her life the way she wants to.

How brave of Marissa to dare to tell her story and share details of her condition with the world. Please share to pay tribute to her strength!