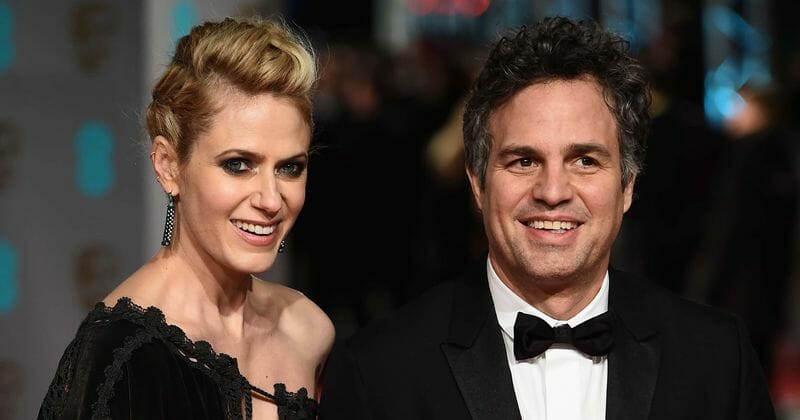 Having watched him on screen as Marvel superhero the Hulk, fans would be forgiven for thinking that Mark Ruffalo had perhaps channeled some of his own anger issues to bring the role to life.

The truth, of course, couldn’t be farther from that. A loving family man and father of three, Ruffalo is actually far more like Bruce Banner when he isn’t transforming into the green giant.

What’s more, he’s developed a reputation as a quirky, caring role model, one whose sensitive side endears him to the millions of fans who watch his movies.

That’s not to say Ruffalo’s had a career without its challenges and battles. After years of struggling to find his feet in Hollywood, the Wisconsin born actor’s stars had just started to align when he was hit with the devastating news that he had a brain tumor.

At the time, he’d been cast in The Last Castle alongside Robert Redford, and all seemed to be going well.

Speaking with Men’s Journal, he explained: “It was big-time. There I was with one of my heroes, Robert Redford, doing this walk-and-talk. I’m like, ‘What the fuck am I doing here? This is my wildest dream come true! And then I found out I had my brain tumor.”

Ruffalo’s diagnosis came after one night in 2001, where the Hollywood star dreamt he had a brain tumor. So vivid was his dream that he decided to consult a doctor. Subsequent CT scans on his brain revealed Ruffalo did indeed have an acoustic neuroma.

“It wasn’t like divine intervention in any way, though that’s how some people explained it to me. I tell you, I was so desperate to get better after my surgery that I tried everything – energy healers, acupuncture, craniosacral therapy, everything, everything. There was nothing I wouldn’t have tried,” Ruffalo explained.

At the same time, Ruffalo’s wife, Sunrise Coigney, was pregnant with the couple’s first child. In an act that sums up the actor’s courage and thoughtfulness, he was more concerned with not stressing her out with news of his tumor.

He kept his diagnosis a secret for weeks, preparing to tackle the problem alone and fight it his own way. “I was certain I was going to die,” he explained.

In fact, Ruffalo was so worried he was going to leave his unborn child without a father, he recorded a tape explaining things.

“I made a tape for him. For when he was old enough to understand. Just saying, Hey, this is who I am.”

Ruffalo’s mother continued: “He didn’t tell anyone for weeks. When he finally did, I was like, ‘Oh, my God. How could you bear all that?'”

He underwent surgery to remove the tumor, which turned out to be benign. The procedure left the left side of his face completely paralyzed, forcing the actor to go into hiding for months. Fortunately, he eventually made a full recovery, going on to father two more children with the love of his life.

An inspiration for millions, and a greatly talented professional to boot, Ruffalo took the bad news in his stride and soldiered through until he came out the other side.

As if I couldn’t have any more respect for this man!

Share this article if you think Mark Ruffalo is an inspiration.