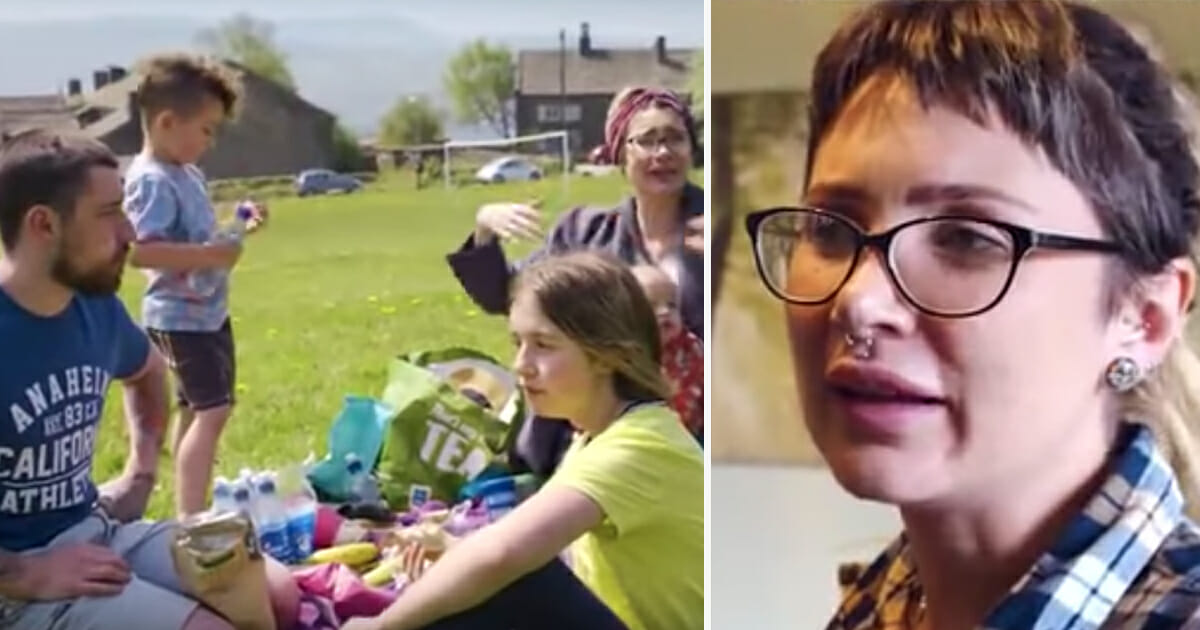 Thousands of children in the U.S. are home schooled for many different reasons and the figure is growing in the U.K.

In 2017 figures revealed the number of children that were home schooled had risen 40 percent over the last three years in the U.K.

One couple living in the north of England decided to home school their 7 children but now they’ve attracted the attention of the media for the free way they’ve chosen to raise them.

The couple have chosen a different path for their children; they only have three rules – but other than that, they can do whatever they want.

None of Rawnsley’s children go to school and they don’t follow the U.K. school curriculum.

The parents make sure they can read and write but other than that they are free to choose what they want to do each day.

Education inspectors visit ­annually and Gemma admits their children are behind their peers academically but doesn’t believe this is important.

Mom Gemma believes that her children learn skills at home that they wouldn’t learn at school.

The only rules in the household are that the children do not lie, hurt anyone or be offensive.

“People see my son with the pick axe and will think ‘how dangerous’,” Gemma tells The Mirror. “But not if you teach them how to use it, it’s not.”

Gemma had a tough childhood which is one of the reasons why she and dad Lewis want to make sure their children enjoy life and make their own decisions.

“I didn’t have a stable upbringing. My mission has been about helping my kids have the most interesting, fun and happy lives in a house filled with the love I never had,” she tells The Mirror.

They can make their own decisions, including how they have their hair and what time they go to bed, with mom Gemma saying it’s not about “ownership of your kids.”

One of their children, Finlay loves to cook and can prepare a three-course dinner for the family.

“We’re relaxed about things other people might find shocking, but we’re probably more on it in terms of guiding and bringing them up than other people are,” Gemma tells The Mirror.

“We really think about how we bring them up and we get so many compliments about how amazing the kids are. So, it seems a bit wild on the surface, but it works.”

Watch the family in action in the clip below.

What do you think about this?

Feel free to leave your opinion in the comments section and share!