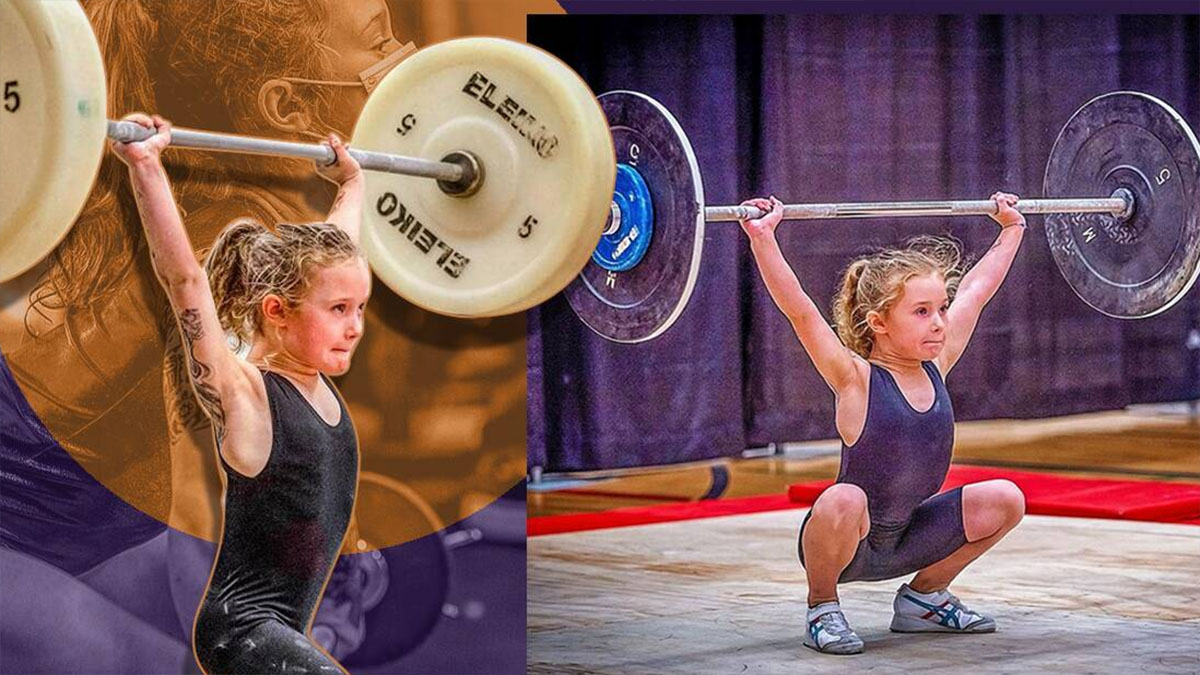 The Canadian schoolgirl can squat 134 pounds, snatch 70 pounds and clean and jerk 42 pounds.

“Being stronger lets me do more and get better at everything I try,” says Rory, as per the Daily Mail newspaper.

Rory was scouted at a gymnastics class when she was 5 years old and has been training ever since, spending nine hours every week gymnastics training and four hours on weightlifting.

The pintsize powerhouse even wears fake tattoos during competitions because she says “it looks cool.”

Rory, from Ottowa, was recently crowned USA weightlifting under-11 and under-13s Youth National Champion in the 30kg (66 pounds) weight class, making her the youngest U.S. youth national champion in history.

“It would be fair to say Rory is the strongest little girl in the world,” he said adding his daughter’s safety was “everyone’s top priority.”

But despite her extreme strength Rory says she prefers gymnastics as she doesn’t have to lift anything over her head.

She also doesn’t have any Olympic ambitions just yet adding: “That sort of thing doesn’t really matter to me.”

Watch this remarkable youngster in action in the clip below.

This girl is unbelievable and to be so dedicated in any sporting field at this age is commendable.

Help us wish this amazing star all the success in her future sport by sharing this story.