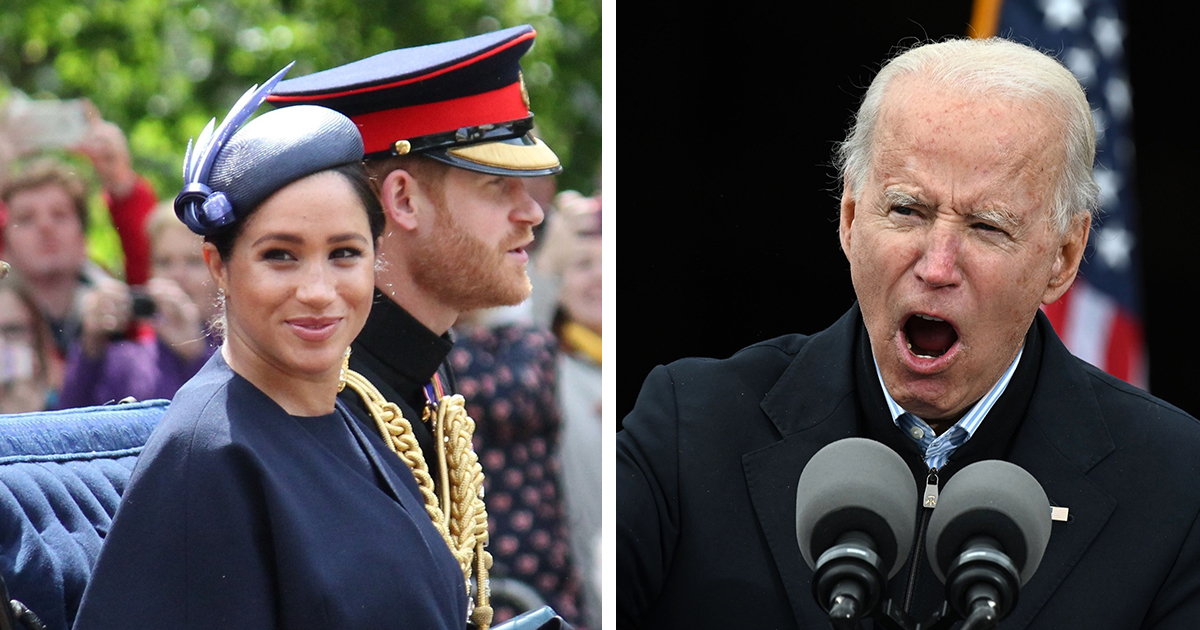 Coming off the back of the ground-breaking interview she and Harry shared with Oprah Winfrey earlier this month, it would seem to many people that there isn’t much Meghan Markle could do to further put her name in headlines.

The former Duchess of Sussex went on record, along with her husband, to divulge many of the shocking secrets accumulated during their time together as part of the British royal family.

Needless to say, allegations and accusations sprouted like weeds, and Buckingham Palace has been left scrambling as a result.

The Queen of England herself was forced to release a statement on the matter last week, though it’s become apparent that this won’t be an affair they can simply brush under the carpet.

To get full comprehension as to the timeline of Harry and Meghan – and their so-called “Megxit” – one needs to rewind the clock back to a time when the public had no idea what was going on behind closed doors.

Then-Prince Harry and former Suits actress Meghan Markle had tied the knot in a spectacular royal wedding at Windsor Castle, and all looked rosy for the future of their family.

Yet no sooner had the honeymoon period ended than did the cracks start to show. Not in the relationship between Harry and Meghan, mind, but rather the settling-in process for Meghan after her move from the United States.

Hounded and even vilified by some of the more questionable outlets in the English press, Meghan cut a withdrawn character, and it wasn’t long before speculation began to insist that something must be wrong.

It turns out that for once the rumours had it spot on: something was wrong. In fact, a great many things were.

During the aforementioned interview with Oprah, Meghan revealed that she had struggled so much she had been forced to deal with suicidal thoughts – thoughts, we might add, that supposedly went wholly ignored by the Palace.

Not only that, but she and Harry were forced to field questions as to the potential color of their then-unborn son, Archie.

The claims were truly horrifying, but sadly only the tip of an iceberg that was far larger than anyone could have anticipated. The shockwaves rolling across the globe in the aftermath of the interview have been mighty indeed.

So mighty, in fact, that Queen Elizabeth herself released a statement to confirm she was following up on the allegations herself.

“The whole family is saddened to learn the full extent of how challenging the last few years have been for Harry and Meghan,” read the Queen’s statement.

And the Queen’s movements aren’t the only thing people will be keeping an eye on from here on out, that’s for sure.

New reports from the Mail on Sunday focus on the apparent future path Meghan Markle may take now that she and Harry are free from the constraints of royal life. Suffice to say, the unexpected twists and turns continue.

As per a senior government figure in the U.K., Meghan may decide to run for presidency in 2024 if current president Joe Biden decides he doesn’t want a second term.

The source, who remains unnamed, is said to have strong links to Washington, and has told how Meghan is looking to build a campaign and is currently assessing fundraising teams.

The source is said to have told the Mail on Sunday: “The Blairite (Tony Blair), internationalist and Democratic party networks are buzzing with talk about Meghan’s political ambitions and potential backers.”

Indeed, a friend of Meghan’s is reported to have told Vanity Fair magazine last year that she did not give up her American citizenship upon marrying Harry so that she could retain the option of entering American politics at a later date.

Meghan would be the first woman president of the United States if she were successful. Joe Biden will be 82 by the time of the next election, and could well decide it’s best to hand the reigns over to younger hands.

But Meghan likely wouldn’t be the only high-profile candidate running for office in 2024, if she decided to do so.

Talk on the town is that Donald Trump may well take another run at being president, as he still enjoys immense popularity amongst GOP senators and voters.

What did you think to Harry and Meghan’s interview? What do you think to speculation that she might run for president?

Let us know your thoughts on Meghan in the comments box on Facebook.

Meanwhile, share this article so that more people can engage with it. We’re always aiming to encourage healthy debate!