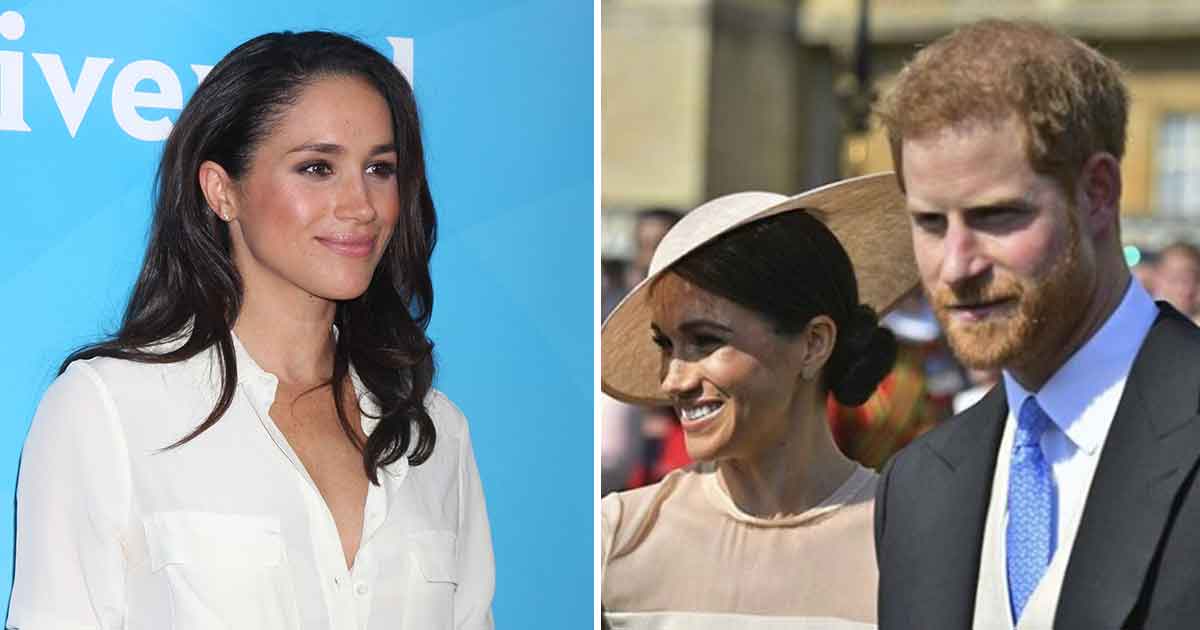 It’s been all smiles of late for Prince Harry and Meghan Markle. The happily married couple announced just ten days ago that they’re expecting their first child in spring 2019, and are currently in Fiji as part of their royal tour.

On Wednesday morning, however, the Duchess of Sussex had to be whisked away from a event with fans after what CNN describe as a security issue.

According to the Daily Mirror, Meghan be seen in pictures whispering something to a security guard before she was led abruptly away.

The Duke and Duchess of Sussex attended their first engagement as a married couple today, joining The Duke’s father The Prince of Wales’ Patronage celebration at Buckingham Palace to mark his 70th Birthday.

It’s been five months since Prince Harry and Meghan Markle tied the knot at St. George’s Chapel, Windsor, declaring their love for each other in front of an estimated T.V audience of two billion people.

They’re currently on the Fiji leg of their Oceana tour, enjoying the hospitality of the small island that declared its independence from the UK in 1970.

“At the High Commissioner’s Residence in Fiji The Duchess of Sussex met participants of local programmes working to deliver capacity building for women in non-traditional roles, including the military and police force,” Kensington Palace wrote in a recent Instagram post showing Meghan mingling with locals.

On Wednesday morning, however, she was rushed from an event at short notice.

At the High Commissioner’s Residence in Fiji The Duchess of Sussex met participants of local programmes working to deliver capacity building for women in non-traditional roles, including the military and police force. #RoyalVisitFiji #Fiji #Suva

Meghan was visiting the Suava Market, a food court where fans and followers were waiting for her. The former actress, pregnant with her and Prince Harry’s first child, travelled with several bodyguards, smiling and talking with men and women inside the market.

Before long, though, word of her visit had caused a surge in curiosity, and soon enough there were so many people as to potentially jeopardize the protocols in place to keep her safe.

Like a puff of smoke, Meghan was taken away swiftly.

According to a spokesman for Kensington Palace, via CNN, the visit had to be “shortened slightly due to crowd management issues”.

Local people were eagerly waiting for the Duchess of Sussex at the Suva Market. They were so excited for her arrival that they got together as a group started singing.#RoyalVisitFiji pic.twitter.com/W3u91ZxCKN

British newspaper the Daily Mirror was able to speak with witnesses at the scene. One said Meghan didn’t look her usual self.

“When she got into the market she looked really disengaged, not her usual self at all,” they said.

One theory is that the heat could be affecting the 37-year-old, with the temperature in Fiji soaring this past week.

“It was very hot and humid in there so perhaps it wasn’t the best environment for a pregnant woman.”

The Sun, meanwhile, spoke to a trader at the market who was able to exchange a few words with Meghan.

“She didn’t really speak at all, like she was a bit afraid,” the woman said. “She just said ‘Bula’ and ‘Nice to meet you’. But I’m happy to have met her.”

"Everyone should be afforded the opportunity to receive the education they want, but more importantly the education they have the right to receive. And for women and girls in developing countries, this is vital.” — swipe to watch The Duchess of Sussex’s first speech, announcing the award of two new grants to Fiji National University and @UniSouthPacific. These grants will allow them to run workshops which empower their female staff, ensure that women are provided with the training and skills to operate effectively in their roles, and those with leadership potential are given the opportunity to be heard and recognised at the most senior level. #RoyalVisitFiji #Fiji #Suva

Please share to show your support for Meghan Markle. It can’t be easy carrying the weight of royal responsibility whilst being pregnant! This is something all parents will likely understand!