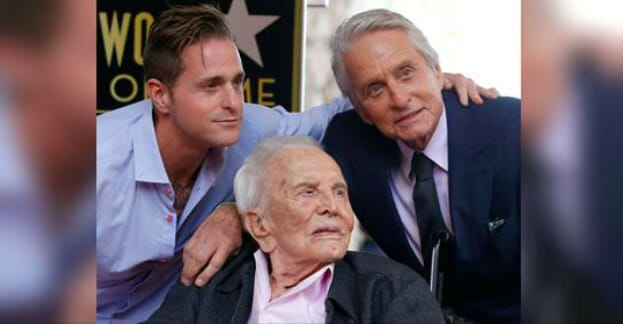 For movie stars, being inducted into the Hollywood Walk of Fame is a real honor. The famed star-lined walk covers 15 blocks on Hollywood Boulevard and extends into three blocks of Vine Street, in Hollywood California.

Over 2,600 stars line the streets, each one showcasing the name of an individual who has left a lasting legacy on the entertainment industry.

Michael Douglas, 74, recently received his well-deserved star on the famous walk. As per usual, a special media-filled ceremony was held to celebrate his inauguration. But there was one person in particular on site that caught the hearts of people everywhere: Michael Douglas’ 101-year-old father, Kirk.

Getting inducted into the Hall of Fame is no small affair. So, when a star receives this honor, they think carefully about who they want with them at their special ceremony.

For Michael Douglas, the choice was easy. He would naturally ask the most important individuals in his life to accompany him to the special event. This included Douglas’ wife of 18 years, 49-year-old Catherine Zeta-Jones, along with his oldest son, Cameron. It’s been an eventful year for the family, with Michael Douglas welcoming his very first grandchild: Cameron’s new baby daughter, Lua Izzy.

But another very special guest was in attendance: Douglas’ 101-year-old dad, Kirk. Kirk Douglas, who will turn 102 in December, is one of the few remaining Hollywood-golden-age legends. 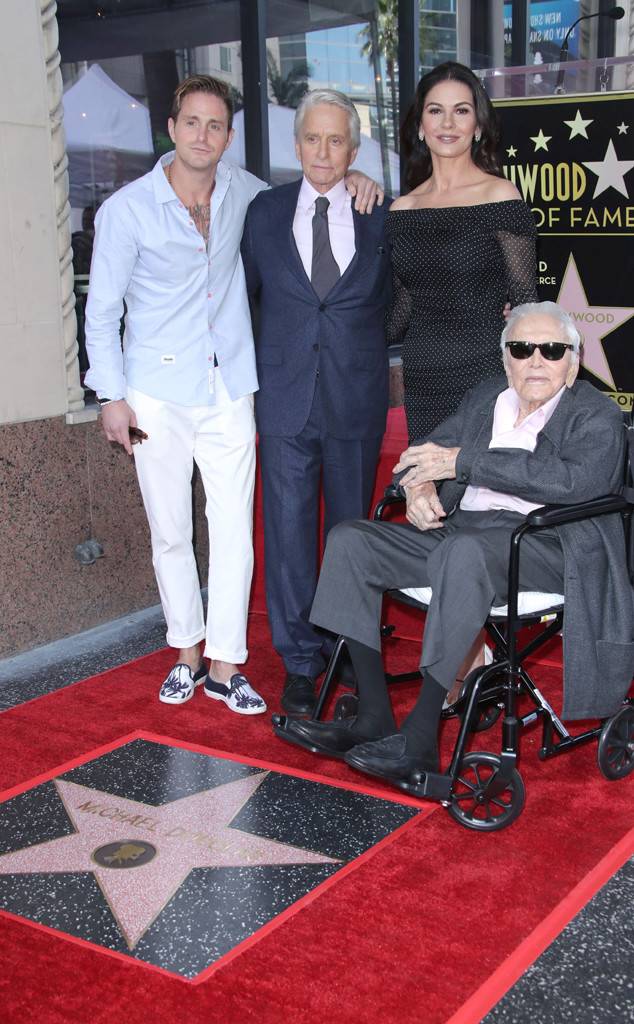 “My dad is here,” Michael said, “In a month, Kirk turns 102 years old. So those of you who took the under on him making 80, you lost a long time ago, alright? I know, I know, no son of yours is celebrating his 50th anniversary in the business,” adding:

“But it means so much to me, dad, that you’re here today. Thank you for your advice, for your inspiration, and I’ll say it simply and with all my heart, I’m so proud to be your son.”

The emotional ceremony was as heartfelt as it was touching. Watch snippets in the video below!

What a wonderful ceremony. Share if seeing the wonderful bond between father and son — no matter how old — coming together for such a special moment warmed your heart, too.