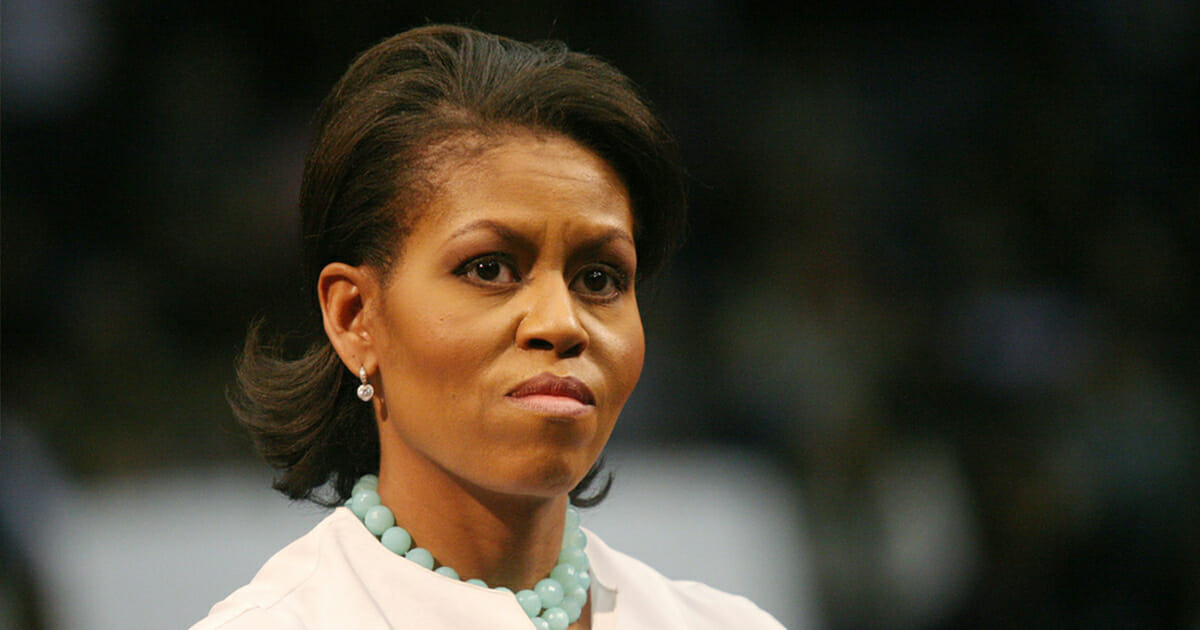 It may have been Barack Obama’s drive to U.S. presidency that made history back in 2008, but none can doubt that his partner Michelle has been every bit as inspiring.

The 54-year-old mother of two has embarked on several crusades that have left lasting impressions with the public, including her Let’s Move! campaign, The School Lunch Program, and the Reach Higher Initiative. She’s proven time and again what a valuable role model she is for all and sundry.

Sure, her days as First Lady are behind her, but that doesn’t mean she’s retired from the public eye. Far from it, in fact.

On November 11, Michelle appeared on an ABC news special with Good Morning America host Robin Roberts. It was on that show that she opened up on feeling “lost and alone” after suffering a miscarriage two decades ago …

This is me at Princeton in the early 1980s. I know that being a first-generation college student can be scary, because it was scary for me. I was black and from a working-class neighborhood in Chicago, while Princeton’s student body was generally white and well-to-do. I’d never stood out in a crowd or a classroom because of the color of my skin before. But I found close friends and a mentor who gave me the confidence to be myself. Going to college is hard work, but every day I meet people whose lives have been profoundly changed by education, just as mine was. My advice to students is to be brave and stay with it. Congratulations to the Class of 2018! #ReachHigher

A host of topics were covered by Robin and Michelle, but it was her revelation concerning the miscarriage she suffered that garnered the most headlines.

“I felt lost and alone and I felt like I failed,” Obama said. As per reports, it’s a topic she further explains in her upcoming memoir, Becoming.

I’m thrilled to share with all of you the cover for BECOMING. The process of writing this book has been so personally meaningful and illuminating for me. As I prepare to share BECOMING this fall, I hope you’ll also think about your own story, and trust that it will help you become whoever you aspire to be. Your story is what you have, what you will always have. It is something to own. #BECOMING

“I felt like I failed because I didn’t know how common miscarriages were because we don’t talk about them. We sit in our own pain, thinking that somehow we’re broken.”

Michelle went on to say that she believed her “biological clock” was ticking, leading her and her husband to turn to vitro fertilization in order to conceive their two daughters, Malia, now 20, and Sasha, 17.

She’s spoken candidly on the topic of her miscarriage in the hope that it will help other women forced to endure the same suffering.

“That’s one of the reasons why I think it’s important to talk to young mothers about the fact that miscarriages happen and the biological clock is real because egg production is limited — I realized that as I was 34 and 35, and we had to do IVF,” she said.

“I think it’s the worst thing we do to each other as women: not share the truth about our bodies and how they work and how they don’t work.”

"I felt lost and alone and I felt like I failed," @MichelleObama opens up about her miscarriage and going through IVF. #MichelleObama #Michellehttps://t.co/GG1GiLxNVX pic.twitter.com/i1geKrUAMR

She also opened up on the abuse she sustained whilst on the campaign trail with Barack, before his historic election to the White House seat in 2008.

“I write about those, you know, those nasty times where people, you know, called me Barack’s ‘baby mama,’ you know? Accused me of not loving my country… Told me I was angry,” Obama shared. “And, I was, like, ‘This isn’t me. Wait, wait, people. This isn’t who I am.'”

Of course, in typical Michelle fashion, she wasn’t about to let the doubts and criticism get to her.

Thrilled to be back home on the South Side! @BarackObama and I can’t wait to spend the next few days with young leaders from across the country and around the world. Join us as we kick off the @ObamaFoundation Summit by tuning in at obama.org. #ObamaSummit

I don’t think we do each other a service by pretending like hurtful things don’t hurt,” she said.

“And, that’s what I’ve come to. … I need to own that hurt. I need to talk about it. I need to put it out there for myself so that I can heal from it. But at the time, oh gosh, you know? I wasn’t gonna allow myself to feel victimized from it because there was no time to hurt in that role.”

If you think Michelle Obama is one of the most inspiring women to have ever served as First Lady, share this article to pay tribute!