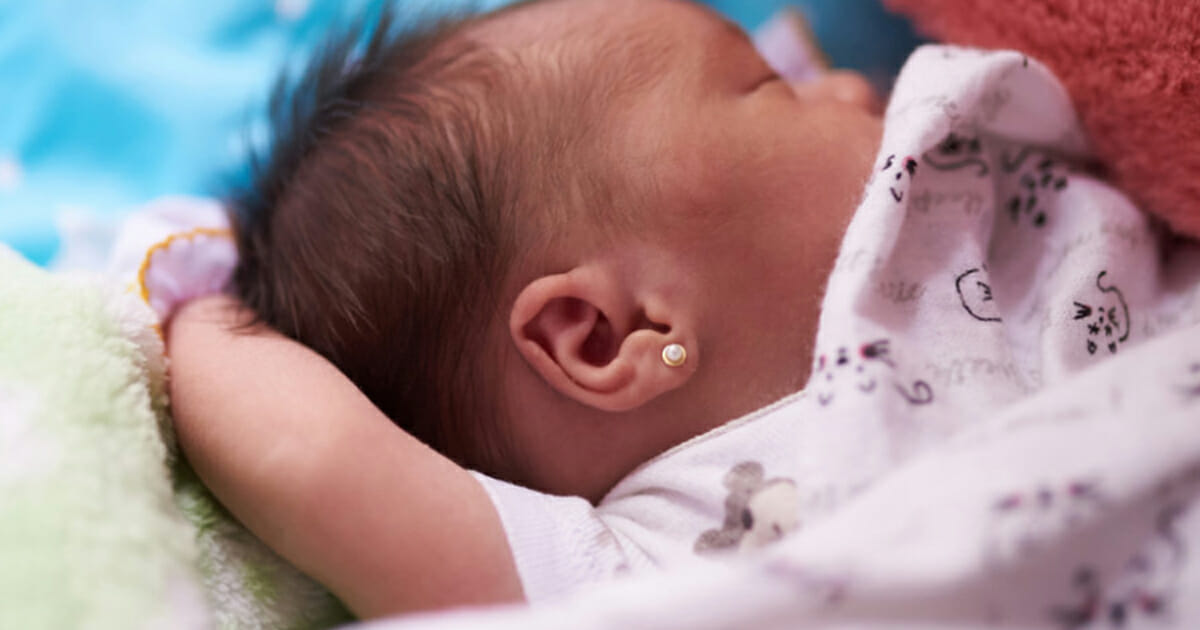 Of course, for the most part people are just trying to be helpful. Heck, sometimes what they preach is actually beneficial. An important thing to such individuals to keep in mind, however, is that there is a line not to be crossed.

For one mother-in-law that point obviously wasn’t clear enough. She went as far as to disregard her daughter-in-law’s wishes and got her 3-month-old daughter’s ears pierced!

Obviously, the mom of the little one was left infuriated. Her baby’s ears were pierced without her say-so, all because her mother-in-law considered it a rite of passage.

In fact, the new mom was so shaken by the breach of trust that she doesn’t want to leave her baby alone with the MIL again.

It was on Reddit that the poster of the story explained how she and her husband come from two different cultures. She continued that while she’s accepted certain aspects of her partner’s heritage, there are traditions that she’s not comfortable with.

Things came to a head when, despite the mom stating she didn’t want her daughter’s ears pierced, her mother-in-law facilitated the deed in sneaky fashion.

“I know they won’t remember it and wasn’t so much the pain aspect, but more so I wanted her to be able to decide,” the mom explained on Reddit. “Yes, the holes close up, but I’d rather her get to decide when or if she pierces them, when she’s older.”

Adding to that, the mother-in-law had been pestering her to get her daughter’s ears pierced virtually from the birth.

“Now, mother-in-law has watched our kids a handful of times since she was born and daughter never came back with earrings, so I assumed we were safe and that maybe she was respecting our parenting,” she explained.

It turned out, of course, that she wasn’t. The mom said that they’d gone to run some errands when the MIL took their baby to get the deed done.

“She’s done them for all the babies in the family and it was tradition,” the mom explained. “I felt so violated, took my kids and told her to leave. My husband was equally as (expletive) and they argued outside, in their native language, for quite a bit, before mother-in-law left.”

She added that she would be removing the earrings as soon as it is safe to do so.

I think this is a definite act of betrayal, and one that the mom shouldn’t be tolerating. I can’t imagine how angry I would be if the same thing happened to me.

Share this article if you would be angry if your in-laws did this.