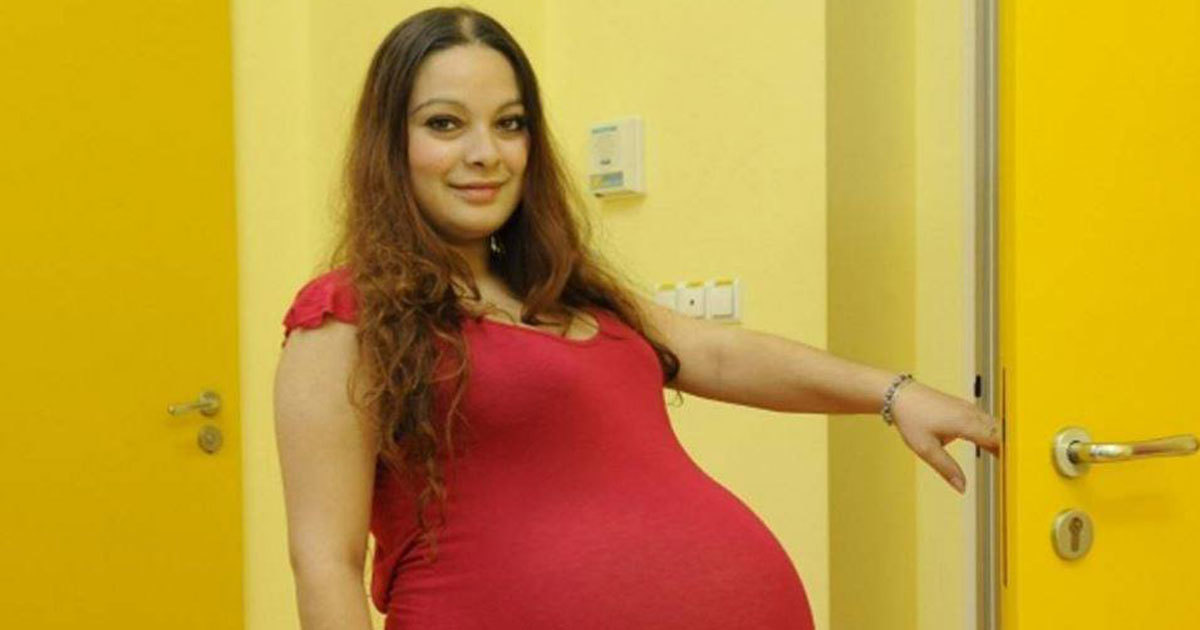 When 23-year-old Alexandra Kinova and husband Antonin received the news that their family was about to grow, they were thrilled.

The couple from the Czech town of Milovice already had a son – but looked forward to welcoming a new member to their family.

And the joy was magnified when their doctor announced that there were two, not one, babies in Alexandra’s belly. The young couple gleefully prepared to see their family grow from 3 to 5.

Shortly thereafter, however, Alexandra and her husband were asked to see their doctor again – and they could never have been prepared for what he had to tell them.

When the doctors showed the couple the ultrasound, Alexandra was so shocked that she began to cry.

The doctors had first declared that Alexandra was carrying twins, but later, their verdict changed and she was told that she was in fact carrying triplets.

But several examinations later, the doctors again came with a new verdict: within Alexandra were in fact four fetuses.

But as the 23-year-old woman’s belly continued to grow, a final ultrasound revealed the incredible: Alexandra was carrying 5 babies!

In the summer of 2013, it was time for Alexandra to deliver her babies, and fortunately the birth occurred without any complications.

Four boys and one girl came into the world through a cesarean section.

Father Antonin unfortunately missed the great event, being caught on a late train back into town. Eventually, however, the father caught up with his new babies in the delivery room.

“I cried all the way there because I was sure I would miss it,” he later said.

Alexandra’s delivery is the first time that quintuplets are born in the Czech Republic through natural means.

According to the chief doctor at the Prague “Institute for care of mother and child”, the babies were all born healthy.

Today, babies Deniel, Michael, Alex, Martin and Terezka are growing up and everyone is healthy and well.

The quintuplets were certainly more than Antonin and Alexandra had bargained for – but it’s quite clear for me they wouldn’t trade their little treasures for anything in the world!

The chance of having quintuplets is one in 47 million and the odds that all of them survive is even smaller, so I really think you can call Alexandra’s delivery a miracle.