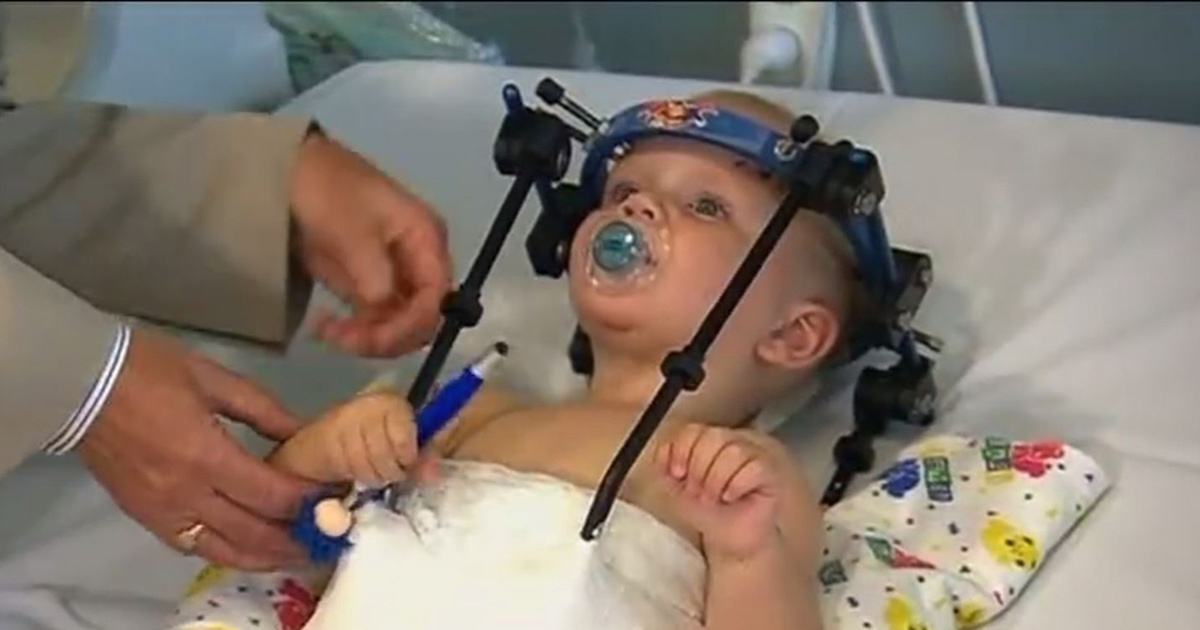 When I read about violent car crashes involving children, I always get a lump in my throat. That’s exactly how I felt when I read this story — but fortunately in this case, everything ended miraculously well. Little Jackson Taylor from Australia was in the car with his mother and 9-year-old sister when the accident occurred. Their car collided with another while going about 110km/hr. The force of the collision was so brutal that little Jackson’s head quite literally got unattached from his neck. Among doctors, the phenomenon is known as an ‘internal decapitation’. But after an intense six-hour surgery, the Australian surgical team led by “Australia’s Godfather of spinal surgery”, Dr. Geoff Askin, managed to reattach Jackson’s vertebrae. This truly amazing story is now spreading all over the world, with the physicians responsible for saving young Jackson’s life deservingly receiving accolades of admiration and respect. No one, of course, is more grateful than the Taylor family itself, who know it’s a blessing — in fact a miracle — to have little Jackson on his feet again.

When 16-month-old Jackson Taylor was in a terrible car accident that saw the toddler’s head quite literally detach from his neck, doctors were doubtful that he would survive.

“The second I pulled him out, I knew that his neck was broken,” Jackson’s mother Rylea Taylor says in tears.

“A lot of children wouldn’t survive that injury in the first place. And if they did and they were resuscitated, they may never move or breathe again,” said the doctor who led the operation to Melbourne’s 7News.

But there was hope. During an over six-hour long operation, a surgical team attached a halo to Jackson’s skull. Then the surgeon painstakingly reattached the boy’s vertebrae using a tiny piece of wire. Using a piece of Jackson’s rib, he then graphed the two vertebra together. Doctors called it a miracle.

Jackson Taylor has made great progress after the extensive surgery, but must continue wearing the halo for 8 weeks, after which time doctors expect a full recovery.

His mother and older sister both also survived the crash, giving what could have been a truly horrifying tragedy of the worst kind the most beautiful ending possible. None of it would have been possible without little Jackson’s amazing fighting spirit and the incredible team of surgeons who never gave up and performed this miracle operation. Just amazing.

Jackson’s mom called her son’s life not only being saved, but intact, a “miracle” and I can only agree. The doctors who saved Jackson’s life deserve all the admiration in the world. I know they have mine! I’m passing this story along to show my respect and appreciation for such amazing miracle-workers among us.