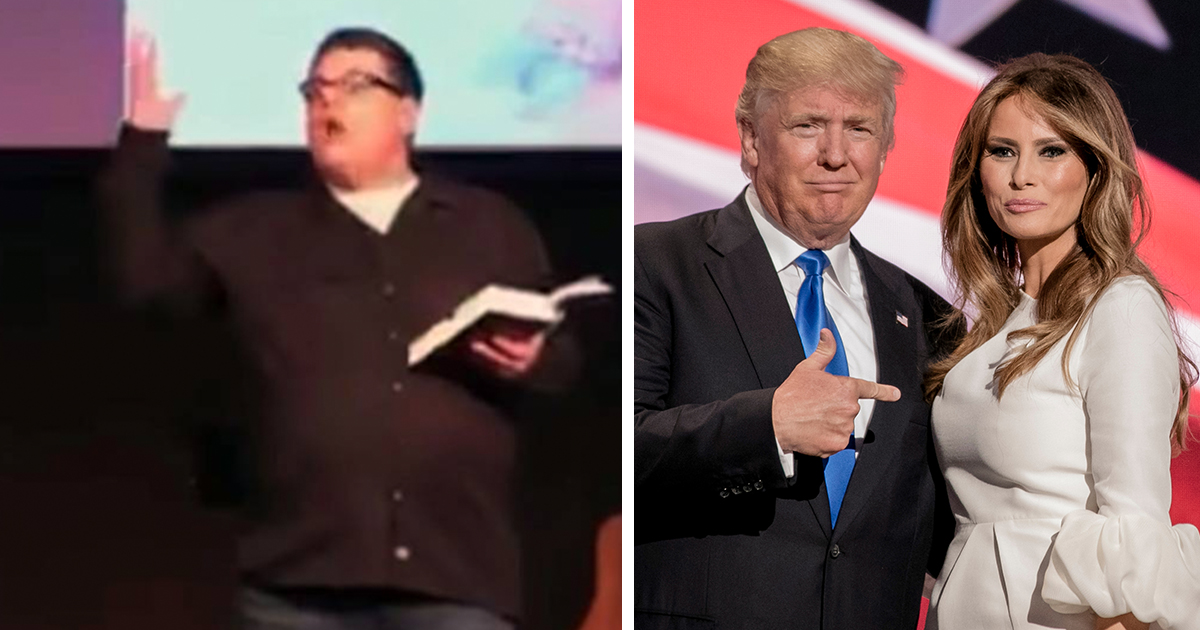 A church pastor in Malden, Missouri, is coming under fire after a video was released showing him making a series of misogynistic comments to his congregation.

Steward-Allen Clark, of the General Baptist Church in Malden, told female members of his church that they should lose weight so as to stop their partners becoming a “distracted boyfriend”.

Clark also said that every man needs an “attractive wife”, implying that women “let themselves go” when they’re married.

The video, that has been released on Twitter, has garnered plenty of criticism, for what can only be described as obvious reasons.

In it, 55-year-old Clark can be seen saying: “Ladies, here’s the thing you need to know about men: don’t give him a reason to be like this distracted boyfriend, you hear me?

“Don’t give him a reason to be looking around. Why is it so many times that women, after they get married, let themselves go? Now, look, I’m not saying every woman can be epic – the epic trophy wife of all time like Melania Trump – I’m not saying that at all.”

The disgraced pastor later added: “You know makeup? Makeup is a good thing! My little boy said, ‘Why do girls wear makeup and perfume? Because they’re ugly and they stink.’ You don’t want to be ugly and stink.”

Given that today is International Women’s Day, Clark’s comments are sure to be dissected online and shown in the ugly light they belong.

Numerous people on Twitter have already called him out, while the General Baptist Ministries released a statement saying his comments are “not consistent with the positions and values of General Baptists”.

“In keeping with our structure, the Executive Committee recommended that the Council of Associations and the MoArk Presbytery research the statements and take appropriate action,” General Baptist Ministries’ statement read.

They also confirmed that Clark will not be the moderator of the General Association of General Baptist meeting next year.

What truly ridiculous comments to make. What do you think?

Let us know your thoughts on Pastor Steward-Allen Clark in the comments box. Meanwhile, share this article on Facebook if you agree there’s no place in the world for such views.