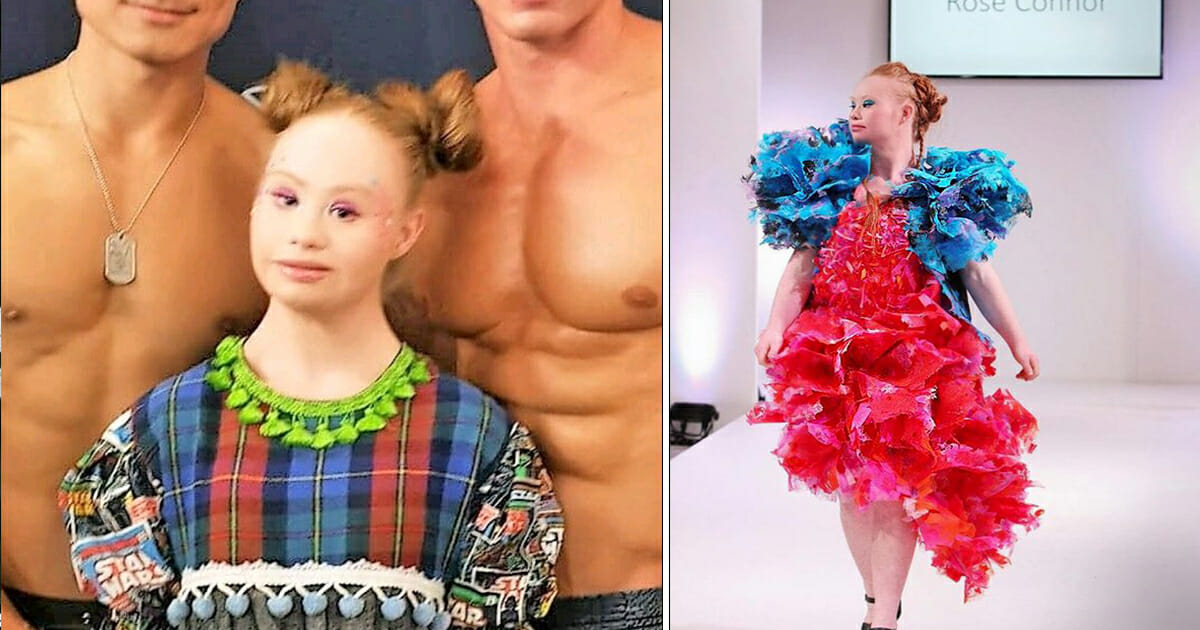 Though I often tire of seeing the same junk over and over again in my Facebook news feed, every so often something comes up that really motivates or inspires me.

The story of 22-year-old model Madeline Stuart, who has Down syndrome, is one such thing.

From Brisbane, Australia, Madeline’s career had humble beginnings. In 2015, she simply started to upload pictures of herself to social media.

Little did she know she would become the first model with Down syndrome in the fashion industry, and the first to walk the runway in New York Fashion Week …

It wasn’t long after Madeline started posting her photos to Facebook that she attracted all the right kinds of attention. She accumulated a high number of followers, and both she and her mother, Rosanne Stuart, began fielding modelling requests.

From there on in it was a one-way street for Madeline, who hasn’t stopped knocking down doors since.

As her mother told Cosmopolitan in a 2015 interview: “The world was ready. The world wants to be inclusive, it just hasn’t had anyone on such a platform that they were able to do it easily.”

A great day at the @theekka, a dream come true walking back at home in Brisbane where it all began. #ekka #runway #diversity #love #madelinestuart #inclusion #model #advocacy #weareone #diversity #picoftheday #morealikethandifferent

There remain those stuck in their prejudiced, old-fashioned ways, those who resist the sort of changes people like Madeline are introducing, but they’re simply wrong if they think they stand any chance of halting the momentum.

“Of course there’s bullying on the Internet,” Rosanne explained. “That has happened a lot, but we don’t take notice of that. That is a reflection of the person who is doing the bullying—it’s not a reflection of what we’re doing.”

TBT to when I released my first clothing collection and who do I see @andrewkellyphoto. I imagine there is so many people who have crossed my path and I didn't really get the chance to connect with them with all that is happening in any one moment. So happy we got to rectify that Andrew and can't wait to see you again soon.

And these bullies are going to have to work a whole lot harder if they want to be heard.

Madeline has become nothing short of a sensation. With over 1 million followers across her various social media accounts, the young model has also done major shows in London, Paris, Russia, China and Dubai. Not to mention the fact she’s featured in every fashion magazine one might care to mention.

A beautiful night celebrating WDSD. Thanks to @tuliplcjs and @alleira_batik

“She’s always been a positive young woman, but now she’s just come alive,” Rosanne said. “Meeting all these people and learning all these new cultures just made her grow as a person. She’s become such a secure young person.”

We think the world could benefit from more people like Madeline; more people who are prepared to break barriers and tread new ground with their positivity and courage.

I have only been home from the cruise for a few days and I am ready to get back to work again.Lucky I head to Prague…

Posted by Madeline Stuart on Wednesday, 15 May 2019

Madeline, we’re delighted with the success that you’ve enjoyed so far, and we wish you all the very best in the future.