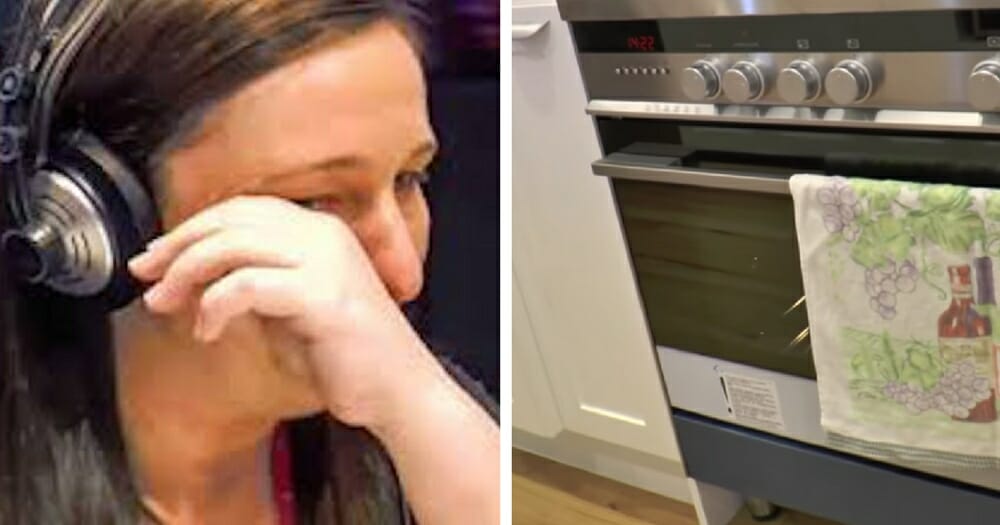 Amanda, of Sydney, Australia, thought 2017 was going to be her year. Things were finally looking up for her, after all, and she was anticipating happiness, love, and a whole lot more …

After three years of trying to fall pregnant, Amanda had finally managed to conceive. Her and her husband had recently moved into a new house, having been saving up for the past two years.

In short, Amanda was in the perfect place. That was until her world came crashing down around her …

Her husband up and left out of the blue, leaving Amanda eight months pregnant and in debt from their new home.

With a baby on the way, and no feasible means of income, the mom-to-be was in dire straights. Heartbroken, poor, and worried for the future, she turned to her friends for help. It was then that one of them, Anna, suggested she write to local radio station, KIIS 1065 and try and win a spot in their “Giveback” segment.

No sooner had the station learned of Amanda’s situation did they decide to intervene. They wanted to encourage her to keep the faith; to show her that things could be alright after all. To do so, however, they needed the help of local businesses.

KIIS 1065 invited Amanda and Anna onto their radio show, with the unsuspecting Amanda having no idea what was going to happen. Speaking to the radio hosts, Amanda explained that the worst part of her predicament was the uncertainty facing her and her unborn child.

“It’s been about five weeks since it happened,” Amanda said.

“And the biggest thing is just the shock, I guess because it wasn’t really what we planned, or what I planned.”

After Amanda had finished with her story, one of the radio hostesses turned to face a television screen in the studio. Playing on the screen was camera footage of Amanda’s new house. Except, it was different. It wasn’t how Amanda had left it … there were a number of items she didn’t recognize.

The cameraman embarked on a tour of the house, highlighting several gifts that had been donated by wonderful people.

There was a vacuum cleaner symbolizing free home cleaning for the next six months, as well was a pledge from Eat Fit Food to deliver daily meals for the next three months. There was also $4,000 worth of baby supplies, including a $1,000 voucher for baby photos.

It was when the camera panned to the over door, though, that the greatest surprise was shown. The door was opened to reveal a $10,000 stack of cash – Amanda won’t have to worry about paying her mortgage right away!

Watch the video below to see Amanda’s story:

Well, that certainly left us with tears in our eyes.

If Amanda’s tale put a smile on your face, share this article on Facebook to show there are still good people in the world.