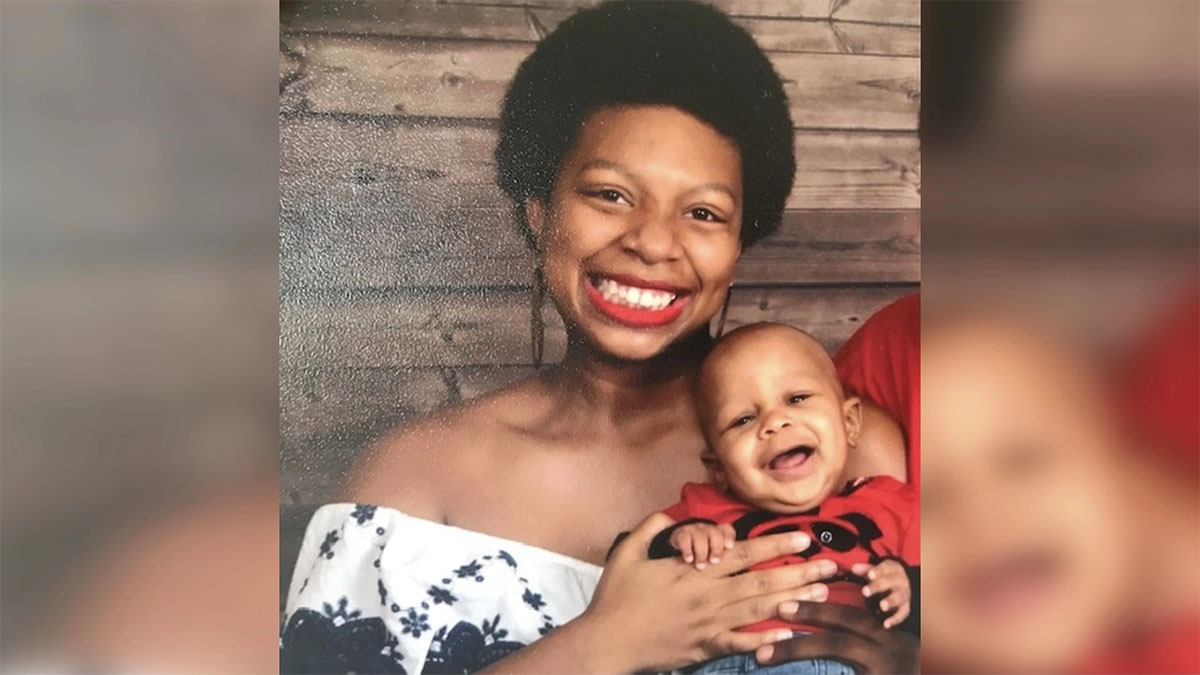 A 26-year-old woman committed suicide after jumping from a highway overpass with her 21-month-old son in her arms.

A truck driver alerted officers to the heartbreaking scene after reporting that a “large object” had hit his truck as he was driving along a highway in Tennessee.

Tonisha Lashay Barker, of Memphis, and her son, Johnathan Jones, were pronounced dead at the scene.

Her death has been classified as a suicide but the baby’s death remains under investigation, according to Fox 17 News.

Tom Maples, public information officer for the Madison County Sheriff’s Office, said that officers were called to a gas station after being told that a woman, later identified as Tonisha, had tried to ram a gas pump with her vehicle.

Tonisha then reportedly got out of the car with a small child and walked to the overpass but then disappeared from view, as reported by wsbtv.com.

“A few minutes later, dispatch received another call from a truck driver stating that a large object fell from the bridge and struck his truck as he was traveling westbound on I-40 at the Exit 93 bridge,” according to People magazine citing a statement.

Tonisha’s motives are unknown at this stage but her grandmother told local reporters that she battled severe depression after her job at a COVID-19 testing site ended in December, according to Oxygen.

Friends left tributes to Tonisha on social media with one friend writing: “I remember when I would stay at your house all night because I didn’t wanna go home.

“I remember the unannounced visits from us both. I don’t know how we fell out, but right now the memories I have of you are beautiful. R.I.P Tonisha L. Barker.”

Another friend said Tonisha’s death was a stark reminder to check in on people as we never know what struggles they’re going through.

“It’s important that we encourage each other and call and check in when possible. I use to see Tonisha all the time, but never knew what she was going through because she would always just appear to be happy.”

This is a tragic reminder that these awful times post not only a threat to our health but to our mental wellbeing; we should check in on friends and family to make sure they’re okay.

My heart goes out to the Tonisha’s family and friends who are suffering unimaginable pain right now. Rest in peace Tonisha. Please share.