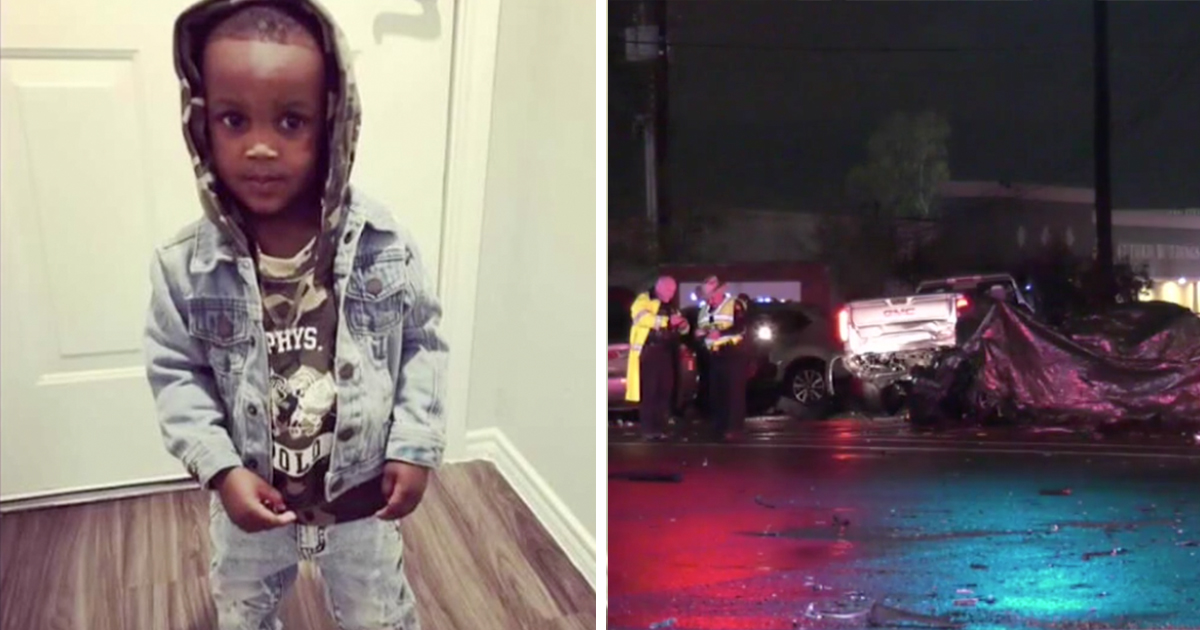 A heartbroken father in Harris County, Texas, has spoken out after a suspected drunk driver rear-ended his family’s car, killing his wife and three of his children.

As per harrowing reports from FOX 26, 28-year-old Porsha House was rear-ended on the way back home from a furniture store. The collision sparked a chain reaction involving seven other cars, and ultimately led to Porsha’s car catching fire.

Tragically, she and three of her children were killed, leaving her partner, Damian House, with immeasurable grief and pain.

“Everything is ruined because of one stupid mistake of a person,” said Damian.

Messiah had reportedly been airlifted to Children’s Memorial Herman Hospital, but sadly died from his injuries at around 4 p.m. on Monday afternoon.

“His brain was swollen, jaw broken, and both of his legs broken,” Damian said.

The District Attorney’s office confirmed that they have accepted four counts, including intoxication manslaughter and assault against the driver who caused the crash, Daniel Canada.

Pct. 4 Constable Mark Herman said: “This is a tragedy, basically a situation again of a possible suspected impaired driver, that who basically snuffs a family out of existence.”

On Monday, the Harris County Sheriff’s Office released a statement saying that Canada, a DWI suspect, had been pulled over earlier that same day for speeding.

Other reports have now said that Canada was pulled over only 20 minutes before the fatal crash happened. Marijuana was confiscated from his possession, but the deputy at the time said Canada showed no outward signs of impairment and so was released.

I don’t know about you, but such tragic news simply breaks my heart. A father has now lost everything because of the irresponsible actions of another.

Please, join us in offering your condolences and prayers to Damian at this most terrible of times. You can do so via leaving a comment on our Facebook page.

Meanwhile, share this story to remind others about the dangers of driving under the influence!