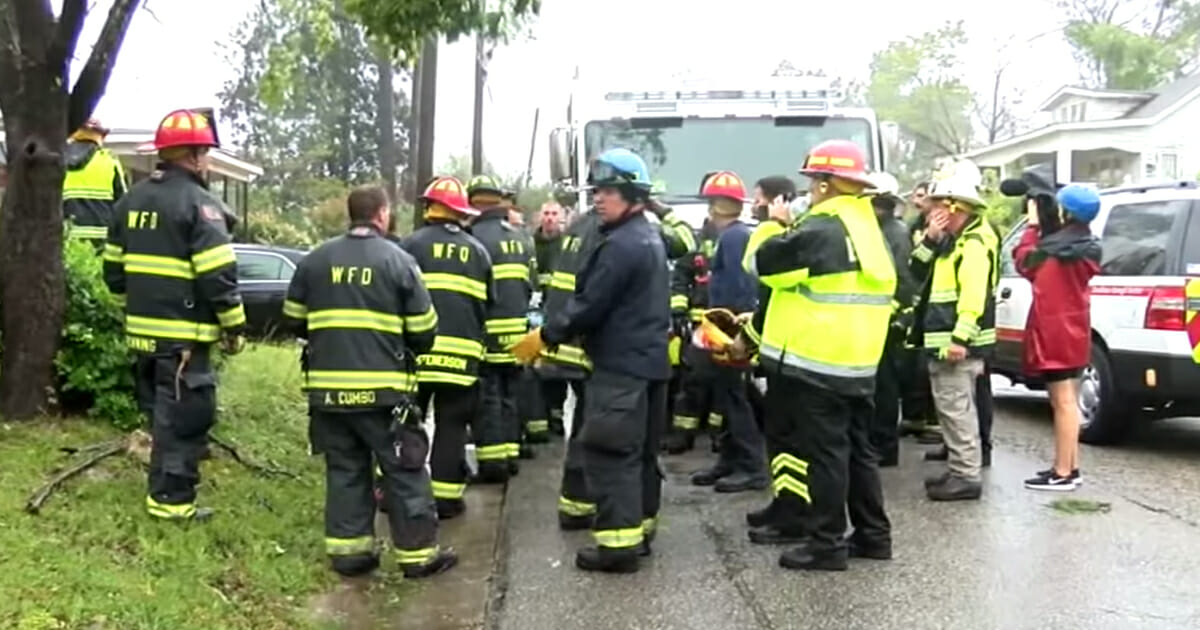 Everyday new damning reports concerning Hurricane Florence come pouring in. The storm has so far caused catastrophic flooding and tornados across the Carolinas, claiming the lives of over 30 people.

Tragically, the first known deaths to be laid at the door of the storm were those of a mom and her 7-month-old baby. As per reports, a tree fell on their house in Wilmington, North Carolina, and they were crushed by falling debris. The father managed to survive the ordeal and was rushed to a local hospital.

The scene was so heartbreaking that firefighters attending the scene could do little more than drop to their knees, praying to God for deliverance …

At the time of this particular incident, Hurricane Florence was a Category 1 hurricane. Wilmington Fire Department Chief Steve Mason explained to reporters: “The rescue effort was so intense that a FEMA task force that had been pre-deployed to the area assisted with the recovery effort.”

Sadly, the valiant efforts of firefighters wasn’t enough to save a mom and her infant. Both died before emergency services could remove them from the home.

So shaken were they by what they’d witnessed, that the heroic firefighters collectively dropped to their knees, heads bent in prayer.

Even the staunchest among the emergency responders shed tears that day, with reporters describing it as a “remarkably touching scene”.

Below, the devastation wrought by Hurricane Florence can be seen:

It goes without saying that our thoughts and prayers continue to be with those affected by the storm.

Share this article to show your support for those suffering at the moment, as well as the brave emergency responders who continue to do admirable work.