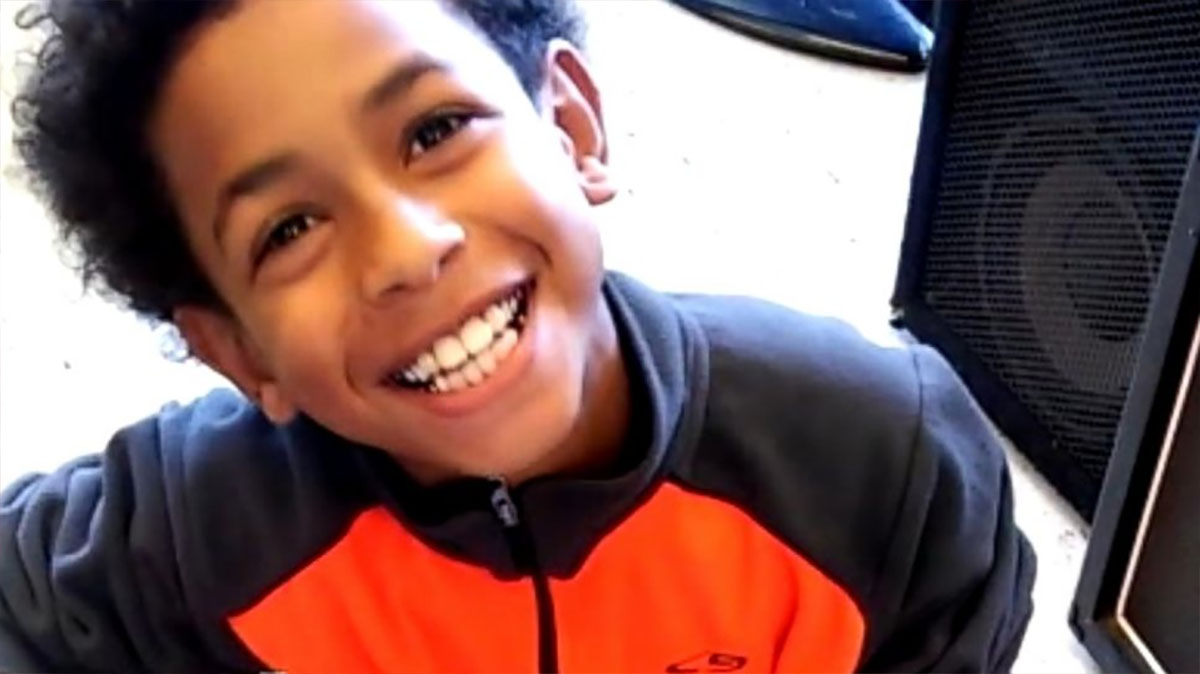 Gabriel Taye endured a level of bullying that no child should ever have to suffer.

According to a court hearing the 8-year-old from Cincinnati had been subjected to a “horrifying” level of bullying at his school from the age of 5 but in 2017 after an incident in the school bathroom he came home and killed himself.

On January 27, 2017, Taye took one of his neckties, and used it to hang himself from the top bunk of his bunk bed. He was found by his mom who administered CPR until paramedics arrived who were unable to revive him, according to a district court judge.

Since then his heartbroken family have been trying to find answers as to why, they claim, these repeated incidents of bullying were not dealt with properly and in some cases not even reported.

Now a court has ruled his parents can move forward with a lawsuit against the Cincinnati school district that alleges wrongful death and other charges including  intentional and negligent infliction of emotional distress and failure to report child abuse.

The federal appeals panel heard about a number of violent incidents that Taye was subjected to at Carson Elementary School including students punching and kicking him culminating in the incidents which occurred on the two days leading up to his suicide.

A 24-minute school security video appears to show a fellow student hit Taye inside a restroom three days before Taye’s death. The video shows Taye lying motionless on the ground for seven minutes before an adult notices the situation, as reported by Fox News citing CPS evidence.

After this incident he was examined by the school nurse who didn’t call 911 but instead called his mom to tell her Taye had fainted and nothing else, also claiming he didn’t require any further medical attention, according to the court opinion.

Taye missed school on Jan. 25 and went back to school on January, 26. On January, 27, he was again bullied by two kids in the bathroom who tried to flush his water bottle down the toilet.

“Taye reported the incident to a teacher, but nothing came of it,” the court opinion said. That night he came home, went to his room and committed suicide.

Now, three years after Taye’s death, the family have won a court appeal to sue the school district for the death of their son.

The family claims a “cover-up” occurred “aimed at keeping any information regarding the rampant violence and aggressive behavior at Carson Elementary a secret,” according to their complaint.

The three-judge panel of the 6th U.S. Circuit Court Appeals have released an opinion stating Taye’s parents Cornelia Reynolds and Benyam Tate had established “reckless behavior” which now prevents school officials from receiving governmental immunity for their handling of the case.

“The Court stated that the falsifying of bullying that occurred prevented Gabe’s parents from fully understanding Gabe’s ‘horrifying experience at Carson Elementary until it was too late,'” the opinion reads.

“It is not too late for Gabe’s family to seek justice, not just for Gabe, but for all children who may be bullied at CPS schools.

‘Now we can proceed to trial’

“The truth about what happened to Gabe at Carson Elementary needs to be revealed and shared with all parents. We have been able to gather testimony and evidence these last few months. Now we can proceed to trial.”

The defendants’ attorney, Aaron Herzig, stressed this was a “preliminary decision based on plaintiffs’ side of the story.

“It does not reflect the facts as they have developed throughout this case.”

Schools have a duty to protect children and tackle bullying in the correct way – with zero tolerance.

No child should ever have to go through what Taye did, this was a sustained level of abuse that could have been prevented with the right actions.

My heart breaks thinking about the suffering he endured and the fear he must have felt walking into school. Rest in peace Taye. Please share.