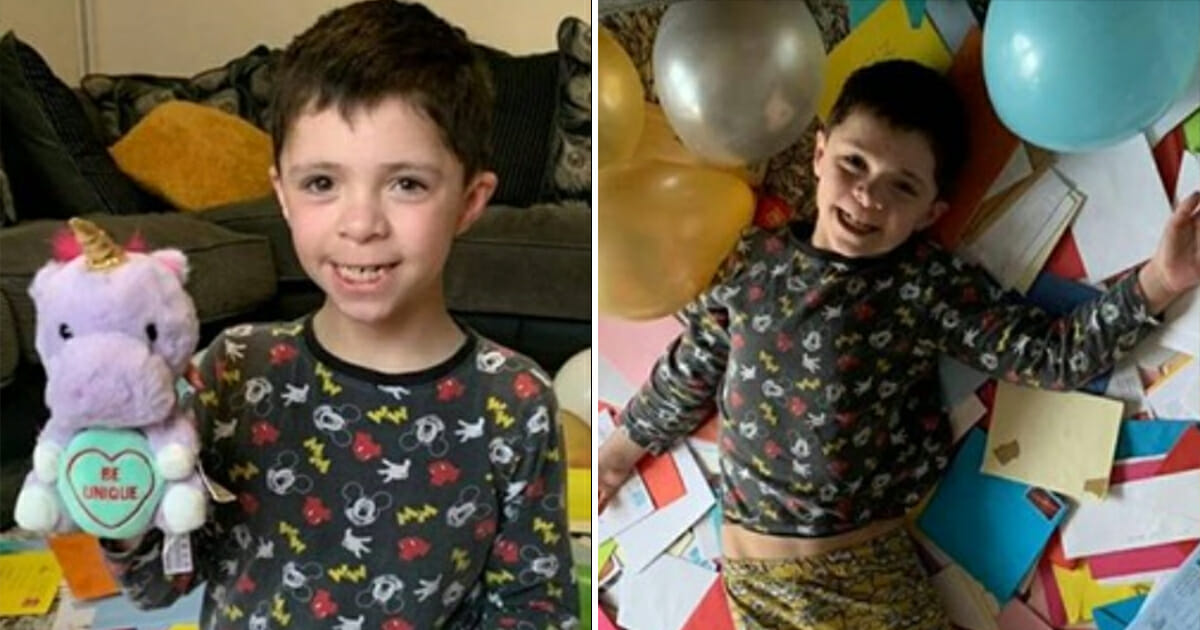 Dylan James, a young boy who is deaf and autistic, was able to celebrate his ninth birthday in spectacular fashion after being sent 700 cards from all over the world.

According to reports, Dylan had to be taken out of school more than a year ago as a result of his condition – this meant he has since lost contact with other pupils as he’s been treated in London.

Mom Natasha Jones launched an appeal on Facebook prior to Dylan’s birthday, in the hope that people would send him birthday cards.

The response offered more than she could have thought possible. Cards came in from as far afield as Las Vegas and Australia, with Natasha on hand to capture Dylan’s reaction to the gesture on his birthday on March 26.

By that date, Dylan had received 103 cards. The total number now stands at 714.

“The response we had from strangers was completely overwhelming. People were contacting us saying they would like to buy him something and what sort of card would he want. They were absolutely brilliant. We thought we might get about 100, which would have made it very special. But the last count we had 714.

“They were still putting things through the door right up until his birthday and leaving presents on the doorstep. We have been inundated with cards and little gifts. The postman had to knock on the door every day and they had to come in a special van. Some days there were 10, other days there were 50.”

A huge Happy Birthday, Dylan. We’re so happy you’ve been celebrated like you should be.