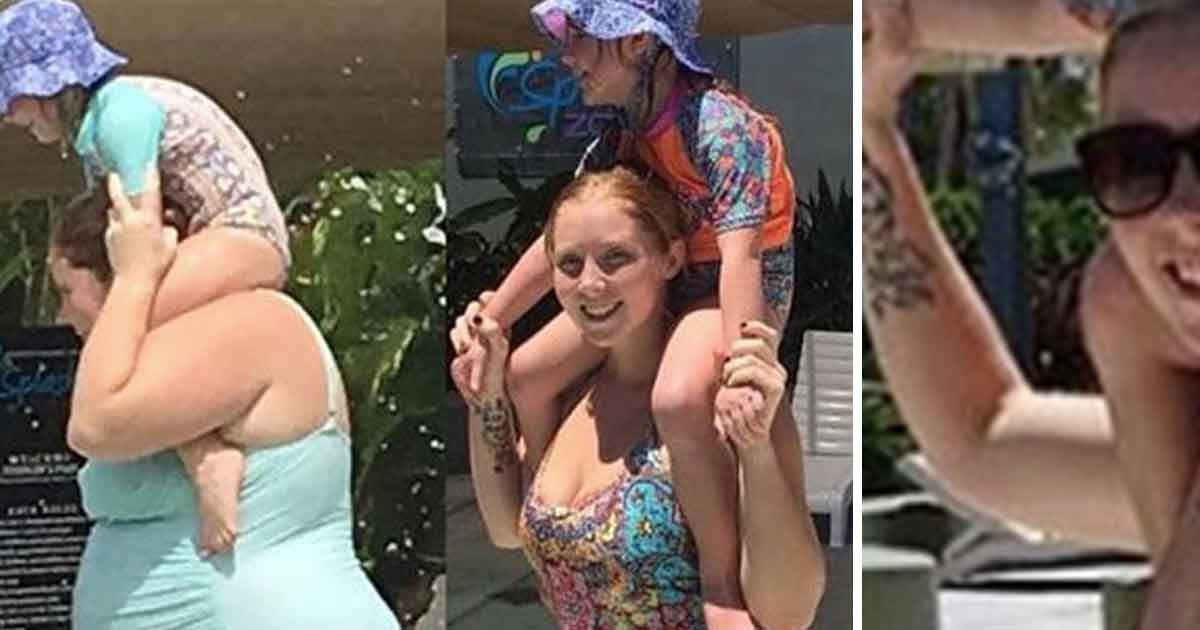 It’s no secret that January heralds the beginning of most people’s journeys into the world of fitness.

After a lengthy Christmas break (often extended to New Years) where things like chocolate, Christmas ham and cheese are plentiful, most people accept the fact they probably need to put in some hours in the gym.

I myself am no different. I know it’s cliche, but what better time to set a goal than the start of the year?

For many, the whole concept of getting fit falls in line with a new year’s resolution. Of course, it must be said that a high percentage of those who start with a pledge in January have often broken that pledge before February, but hey, not everyone has iron will and determination (I place myself within that category).

Some, however, laugh in the face of temptation. Meet Keely Dellit. In 14 months, this Australian mom of three managed to lose and incredible 125lbs, without any surgical intervention or costly diet. She’s now shared her experience with Women’s Health magazine, and it certainly deserves a read.

Well, it’s actually rather simple. Slowly but surely, she changed her eating and dietary habits. One year on, and feeling a whole lot better, she can look back at the fantastic transformation.

Yes, you read that right. There’s no scientific trick here, no eye-wateringly expensive treatment that she purchased.

As Keely herself says:

“When I finally stepped on the scale—just days after giving birth—I weighed 278 pounds, my highest weight ever. I knew I had to make a change, not just because of the number, but because I felt unhealthy and exhausted. And because I wanted to get healthy for my three kids.”

“At first, I didn’t cut out the fast food and treats that I loved; I simply chose smaller portions (like a small fry instead of a medium size). Then, I gradually made slightly healthier substitutions (grilled chicken instead of crispy, for example).”

I hate sand, but love the beach ?

She continues: “Once I got used to that, I swapped out soda for juice and then traded that for sparkling water. I cooked brown rice instead of white, tried plant-based milks instead of dairy, ate at home instead of ordering takeout. Those tiny, gradual changes allowed me to slowly transform my lifestyle.”

Since then, she’s moved to a diet that focuses on healthy, nutritious food.

For breakfast Keely might eat two scrambled eggs and a small bowl of oatmeal and berries, while for lunch she’ll often have a large salad with grilled chicken and tuna. If she feels like snacking during the day, she’ll often opt for protein-dense meats, carrots or peanut butter.

Finally, a typical dinner would be fried fish with boiled vegetables.

I don’t know about you, but Keely’s method of slowly but surely eradicating bad things from her diet certainly sounds like it’s worth a try to me! As you can see, it’s definitely worked for her.

Of course, you should always listen to your own body when it comes to weight loss, but it can never hurt to experiment with new things if you’re struggling for results.

What an amazing night ⛵⚓ #boatsandhoes