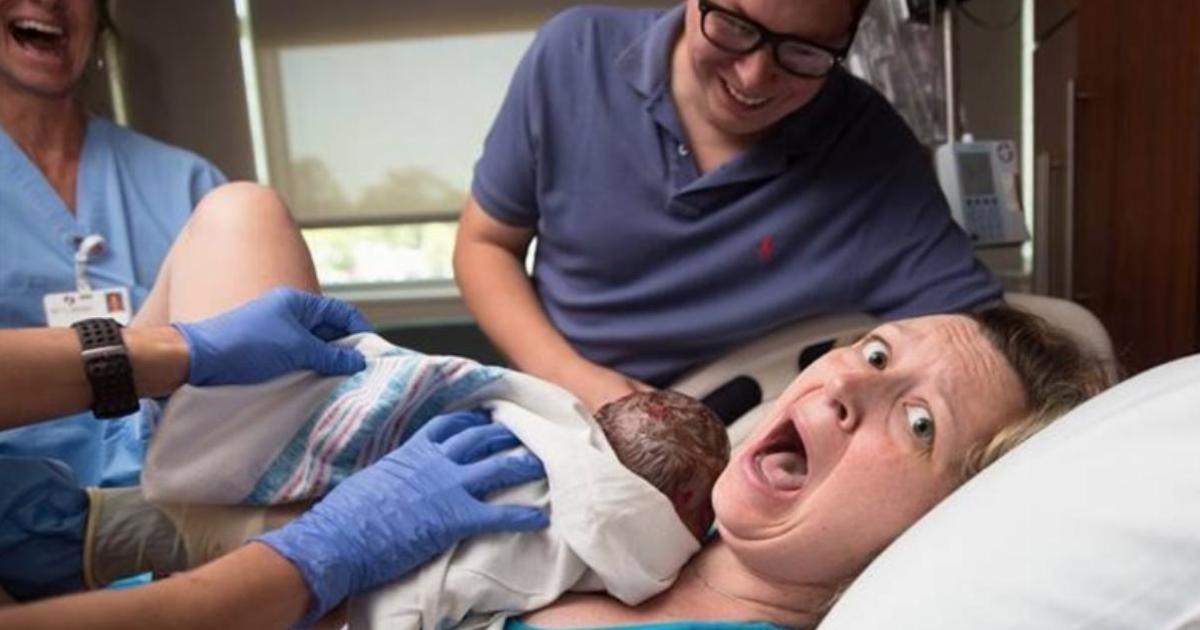 Nowadays, it’s common for expectant parents to find out the gender of their baby well before delivery.

I can understand parents who choose to know and those who choose to keep the gender a mystery, but I personally think there’s a certain charm in not knowing until it’s really time.

When 29-year-old Dara Crouch went into labor on April 25th, she was absolutely sure that the baby inside her was a girl. The idea that her baby would be a boy was unthinkable. In fact, there hadn’t been a boy born in Dara’s family for 50 years.

Dara Crouch has worked as a nurse in the maternity wing of a hospital for seven years, writes the Huffington Post.

During her years at the maternity ward, Dara had witnessed the joy of parents finding out about her child’s sex upon delivery.

So she and her husband, Eric, decided to make the births of their children a little more magical and wait to find out their gender on the big day.

For the past 50 years, every child born on Dara’s side of the family has been a girl – including Dara and Eric’s first daughter, Neyland.

Dara was convinced that her second child would also be a girl.

But when it came time to go into labor, Dara would experience the unthinkable – she gave birth to a little boy!

The overjoyed mom’s reaction after having her little boy placed on her chest says it all.

“In my six years of being a birth photographer and over 100+ births, I’ve never quite caught a reaction like hers,” Neely Ker-Fox says. “One day, her son will see this photo, and the others that I took that day, and see the love and excitement that welcomed him into this world. It doesn’t get much better than that.”

“When my midwife, Melissa, held him up, I was in complete shock! It was a boy, and I lost it! I was so excited, and so in love!” says Dana.

Even Dara’s husband, Eric, who was also convinced the baby would be a boy, fell in tears.

The boy’s name is Liam. For Dara and Eric, he’s obviously special, and even little Neyland seems satisfied and proud of her baby brother.

Photographer Neely Ker-Fox, who also took pictures at the birth of the couple’s daughter three years ago, acknowledges that she probably won’t take a similar photo again.

“I’m quite grateful to Dara for allowing the world to see this moment,” she says.

Every birth is proof of the miracle of life – but this one captured a truly extraordinary moment.

If you want to spread some joy and love today, share these amazing pictures with your friends and family!