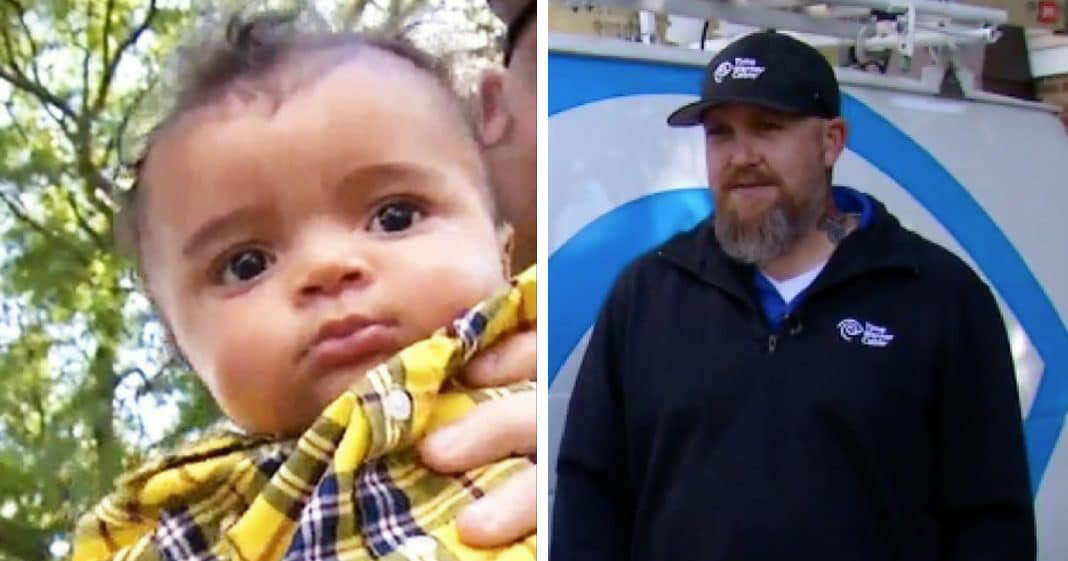 Difficult thought it may be, giving your baby the freedom to grow and learn about the world from an early age is an important part of being a parent.

Sure, we all wish we could wrap our little ones in a bubble and be by their side in all times of need. The truth is, it’s impossible to always have your eyes on them.

But what happens when accidents/circumstances result in more than mere cuts and bruises? When you find your child unresponsive and have no idea how to react? For Angela Sanders, this frightening scenario became a reality when she walked in to find five-month-old Dakota sitting in his bouncy chair, bleeding…

When Angela Sanders was at home with baby Dakota, she thought all was well. Having walked into the room to check on him, however, she was met with a truly horrifying sight.

Little Dakota was sitting in his bouncy chair, unresponsive and bleeding.

As is so often the case, Sanders wasn’t able to think clearly – her emotions took control and panic set in. Fortunately for her, though, she had an unlikely hero close by.

Cable technician Daniel Craft had just finished a job at the apartment complex and was in his truck ready to move to his next location. He heard screams coming from inside the complex and so rushed from his van to the source of the noise. He found Dakota unresponsive and not breathing but, not wasting any time, immediately leapt into action.

Craft called 911 and channelled his military background when he realised Dakota was cold to the touch and had blue lips.

“I propped his head back, and he was still blue, so I thought there was something in his mouth, or he was choking,” Craft said, as per reports. “I put my finger in and swept it through his mouth to clear his throat. As I pulled my finger out, I still had my ear down there, and I heard him starting to gurgle and his stomach just raised. He started breathing again.”

Craft maintained communication with the 911 operator until the paramedics arrived, and then even visited Dakota in hospital the next day to make sure he was OK.

Whilst at the hospital, doctors found that Dakota had suffered a ruptured hernia that had brought on a seizure. This resulted in him not being able to breathe, and he could have died had Craft not intervened. Fortunately, Dakota made a full recovery.

“He is a hero. I am grateful he saved my baby,” Sanders said.

In our eyes, Daniel Craft certainly is a hero. Thanks to his courage and quick thinking, Dakota lived to see another day, though it might have easily been a terrible tragedy.

Help us bring recognition to his great act by SHARING this story to pay tribute!