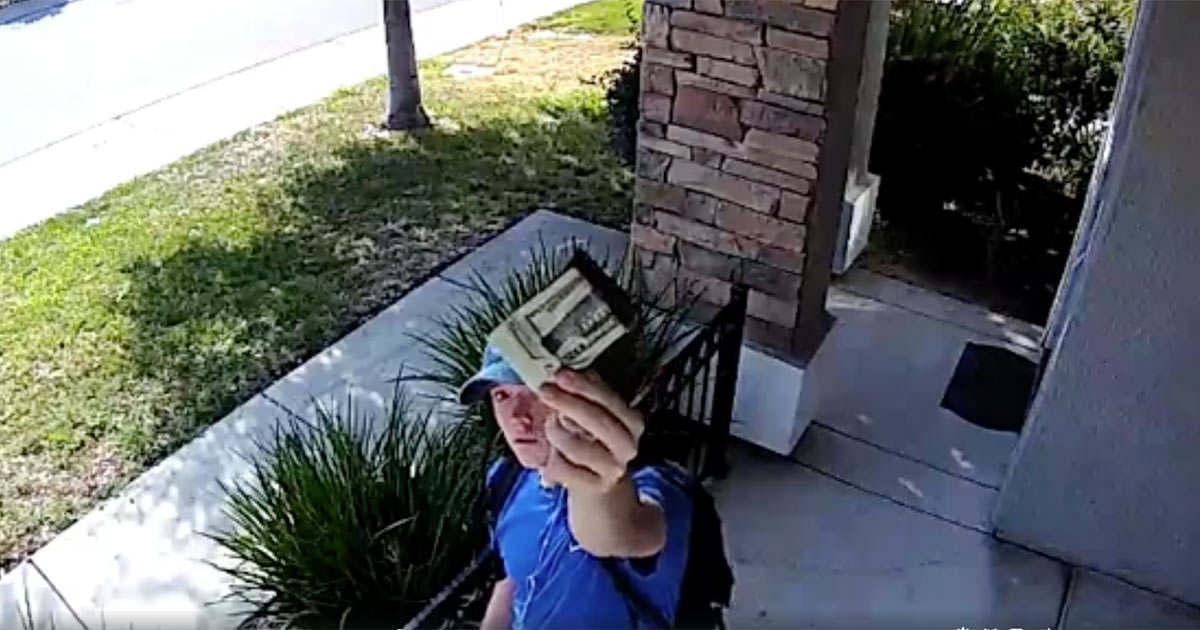 Recently, we seem to be hearing a lot stories involving violence and crime.

So, it’s no wonder that Melissa Vang didn’t dare open her front door when a strange man knocked on it one day at her Kansas, USA, home.

But we have to remember that things aren’t always what we assume they might be.

Here’s a story about a young man with a big heart.

Melissa was at home with her two young daughters when someone suddenly knocked on the door. She wasn’t expecting a visit, so she immediately became cautious.

The family had set up a surveillance camera next to their front door to keep track of whoever is outside of their house.

Melissa decided to ignore the knock, figuring she could just check the tape later to see who it was.

“I don’t open my door to strangers or anyone really that I don’t know or recognize,” Melissa told KCTV5 News Kansas City. “So, after he walked away, I checked my camera.”

Little did Melissa know that this particular stranger meant absolutely no harm.

As she watched the footage from the surveillance camera, she saw something that really touched her. This was no burglar who had knocked on her door — it was the complete opposite in fact.

It was a teen boy who was simply trying to do a good deed.

The young man, Tyler Opdyke, knocked on the door and when he didn’t get a response, he looked around and saw the camera. He went up to the camera and held a familiar item towards it — Melissa’s husband’s wallet, which contained over $1, 500 in cash.

Turns out that Melissa’s husband had accidentally dropped his wallet when he was on his way to the car.

Tyler held the wallet against the camera and clearly showed where he hid it for them to collect before he disappeared.

But he still wanted to make sure the family had found the wallet and no one had taken it so he went back to the house a little later on to ensure that the wallet had ended up in the right hands.

That’s when he met Melissa who had just watched the video and been deeply moved by his kind action.

“We don’t hear too many good things like this every day,” a very grateful Melissa said.

What a great story that restores our hope in humanity! Share it with your friends to shed a little light in their life today.