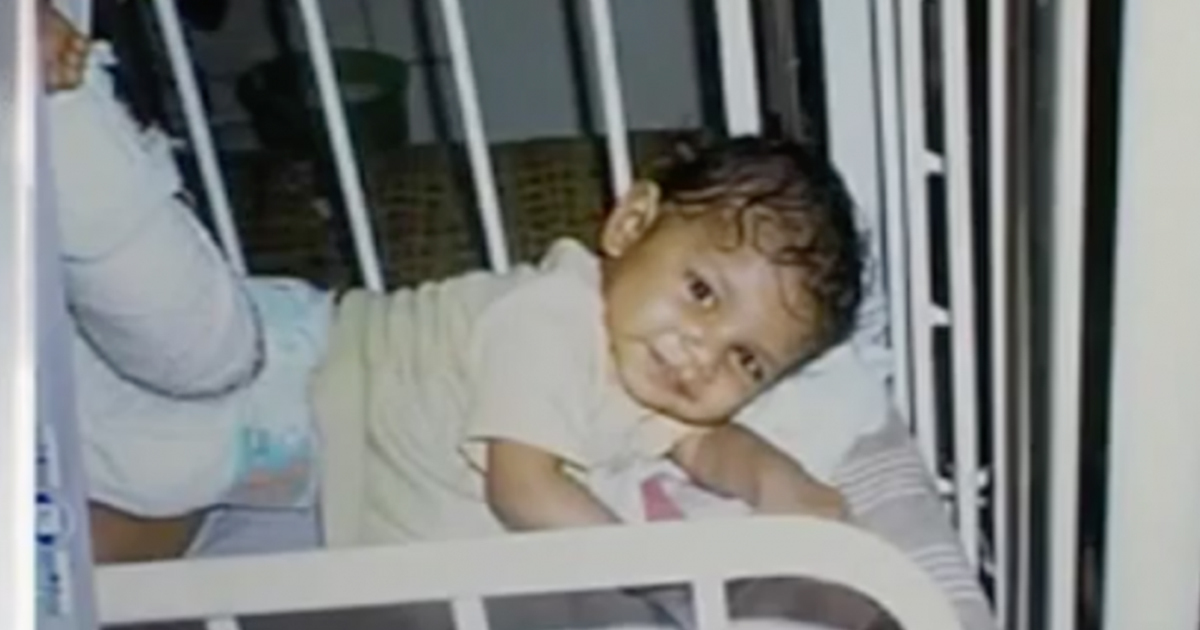 Residents of the Russian city Yaroslavl will never forget one particular incident that took place more than ten years ago.

It all started one day when a neighbor heard a baby crying in a nearby house. He didn’t think much of it and went back to his everyday life.

But in the days that followed, the baby continued to cry. No one in the neighborhood had seen anyone in the house where the crying was coming from and there were never any lights on, not even in the evenings.

By that point, the neighbour started to worry and called the police.

When the police entered the house, it was completely empty. The people who had lived there before had taken everything they owned and disappeared.

The only thing they had left behind was their own baby.

The one-year-old girl was found on the dirty and cold floor and it was clear she had been there on her own for days.

After further investigation, authorities learned that the baby’s name was Liza Verbitskaya, but her parents couldn’t be found.

Liza was taken to a hospital where she recovered over the course of several days.

At the same hospital there was a woman named Inna Nika who was there caring for her sick son. The mom was there day and night by her son’s side.

One day, she heard a scream from the hospital room next door and peeked inside the room to see what it was.

She saw little Liza and instantly Inna could feel a maternal instinct towards the baby girl.

From that day on, Inna visited Liza daily and brought her clothes, toys and food.

One day, Inna was about to go and visit Liza as she would every day, when she discovered that Liza was gone.

The hospital staff informed her that the little girl was now strong enough to be released from the hospital and therefore had been brought to an orphanage, writes aif.ru.

Inna felt a great void and missed the little girl she had become so close with. She decided she had to go to the nursery to find her.

When she saw Liza again, her instinct was clear: she wanted to adopt the girl.

Inna soon began the process of adoption and after much paperwork, Liza was allowed to move in with Inna and her family. Inna loved the little girl as much as she loved her own biological children.

By the time Liza was adopted by Inna, she was almost two. She still couldn’t chew food and was extremely afraid of loud noises. It was obvious that the girl was traumatized, due to her rough start in life.

Inna however was determined to providing the love and care the baby always needed — her darker days were long gone.

Inna eventually discovered that Liza would also struggle to learn to walk. As she got older, Inna enrolled the girl in a dance school, hoping that music would encourage Liza to feel more comfortable in her body and awaken her senses.

Whether it was the dance school or all the love and care she had received from her new mom is unclear, but it did not take long before Liza flourished and was like any other girl her age.

Being dark skinned, Liza looked very different from her siblings and stood out. It wasn’t easy for her growing up and she had to endure a lot bullying from people. But Inna always told her daughter not to pay heed to what other people said about her — they were just jealous.

Today, Liza is a teenager and has won several beauty contests and talent shows, and has even had her first job as a model. Looks like the people that made fun of the way she looked must now be biting their tongues.

Her incredible story and modelling career has made Liza a celebrity in Russia and it didn’t take long for her biological mother to hear about her.

Now that she was famous, her biological mother tried to get in touch with the girl — but she was denied contact. Liza has been given her details and it is up to the girl herself to decide if she ever wants to contact the mother who abused and abandoned her when she was just a baby.

I’m so glad that Liza’s fate was turned and she was given a happy home with a loving and caring family. Please consider sharing Liza’s remarkable story if you agree that Inna is as heroic as they come!