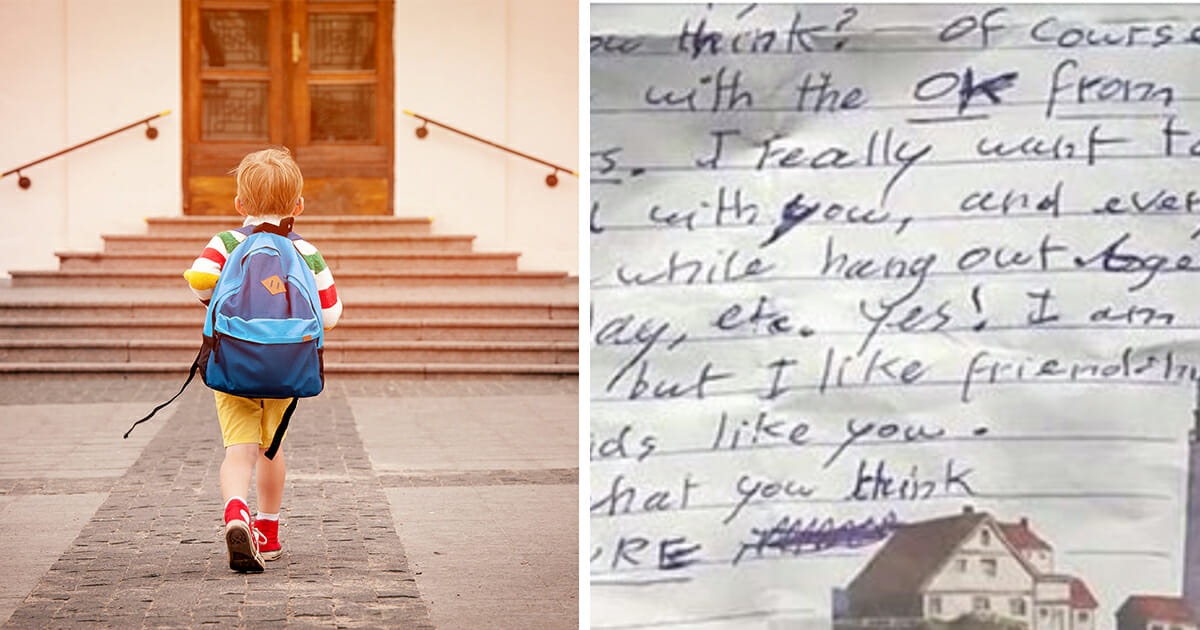 One of the hardest parts of being a parent is knowing that no matter how vigilant you are, how attentive you try to be, things will always escape your eye.

It’s impossible to control your children’s lives, not to mention detrimental to their development. Even so, there are times when I think the world is too dangerous a place for my little ones, and I’d love nothing more than to always be there to steer them in the right direction.

Such feelings are hardly helped by stories like this one, concerning an Oklahoma mom’s warning to other parents after she found a disturbing note in her son’s school bag.

As per reports, the mom found the note when her son, who is in seventh grade, returned home from Cheyenne Middle School in Edmond, Oklahoma on Friday, February 7.

The note was allegedly penned by the school bus driver, who also works as a test monitor. The mom, who has remained unnamed, shared his words with KFOR News.

“I’m writing this note to you because as you know when school is out, there’s really no time to talk, just a quick hug.

For some time I’ve been wanting to talk to you about spending time together with you and I .. and maybe with some other friends of yours? What do you think?“

The note also implied that the driver wanted to spend more time with the boy so they could ‘talk, play, etc.’ It also explained that he likes to be friends with kids even though he’s a grow-up.

The driver signed off his note:

“Tell me what you think. No pressure though. Love [Name].”

According to reports, the young boy had a ‘total meltdown’ on the day he came home with the note in his bag. The mom said alarm bells had been ringing from earlier in the year, when she heard how the bus driver had asked her son for a hug, She admits, however, that she never expected things to escalate.

The bus driver was taken off the school route two days later, after the mom had phoned them to tell them of the note.

“I don’t want it to escalate to where another child… nothing’s done until something’s done that is more irreversible than getting a note. I am very worried that he’s going to go to other school districts.“

The school district confirmed the driver is no longer employed, admitting that while he did not break the law his actions were inappropriate.

Thankfully this matter was solved before things went too far, but it still makes my skin crawl to think where this could have ended up.

Share this article on Facebook to remind people to be vigilant concerning their children. You never know, you could save a life.