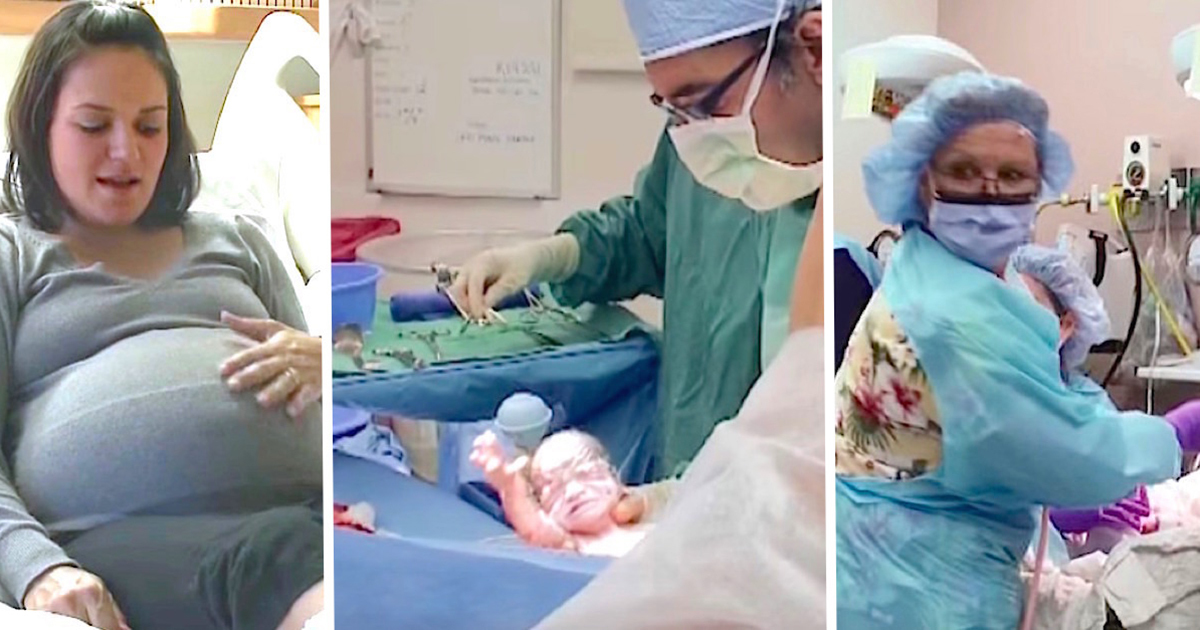 Angie and her husband, Gino, already had two young boys when they heard the good news. They were going to have another child.

They hoped for a girl, so they couldn’t have been more thrilled when they learned what Angie was carrying in her stomach: not one or two, but three girls!

They named the little ones Daniella, Camilla, and Anabella. But as with any multiple birth, the was a danger of complications occurring. Two of the fetuses shared a placenta and ran the risk of not developing properly. Doctors believed that these two babies were at risk of being born with underdeveloped lungs and brain hemorrhaging.

Time passed and after a while, the doctors noticed an important detail: one of the two fetuses sharing a placenta wasn’t getting enough little fluid, while the other was getting too much.

Finally when Angie was in week 27 of her pregnancy, she was forced to move to the hospital so she could be under constant supervision. She didn’t want to be away apart from her family, but she didn’t have a choice.

“Anything could happen between now and my due date,” said Angie from her hospital bed.

When we meet the family in the video below, it’s almost time for the miracle. At the 3:54 mark, doctors bring Angie to the maternity ward. It’s time for their three little stars, as Gino calls them, to enter the world.

I’ve never seen such a personal depiction of a triplet birth before. It really is a true miracle!

Please share if this video also made your heart burst a little!