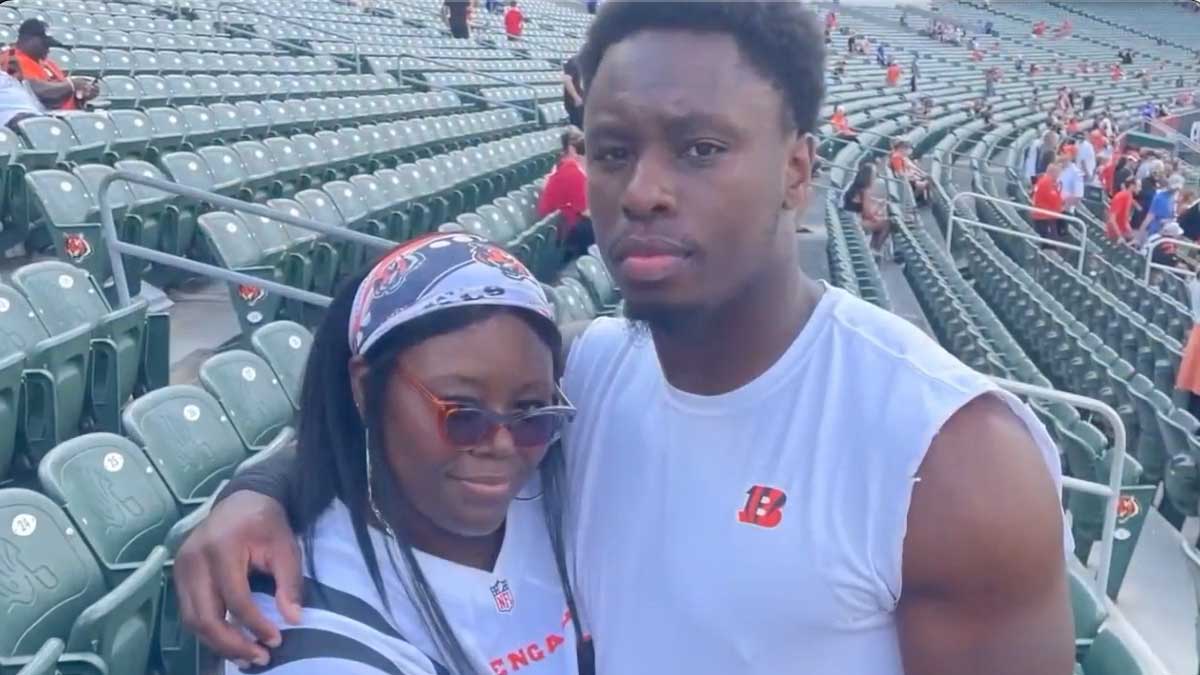 As parents we would do anything for our children, even if that means hiding the truth from them.

In February Jennifer Gunter learned she had cancer. Her treatment plan included multiple rounds of chemotherapy and radiation, and though she has a close relationship to her son Jeff, she never told him.

Why? She didn’t want her illness to interfere with his dreams of making it to the NFL.

Jennifer recalled her son wanting to be in the NFL since he was five years old.

“He was the best kid,” she told WCPO. “He graduated high school with a 4.5 GPA and from the time he was 5 years old, he knew he wanted to go to the NFL.”

His mother made him a deal and she paid for a trainer to help him earn a football scholarship. While his grades were excellent, and he grew, few college coaches showed interest.

After struggling to find a college where he not only fit in, but felt comfortable at, Jeff began to excel and a future in the NFL was finally in sight.

Meanwhile Jeff’s mother faced her own battle, one she didn’t want to share with her son so as not to distract him from achieving his dream.

“I had three blood clots in my lungs,” Jennifer said. “And they found that I had a mass that went from the top of my sternum to the bottom of my diaphragm.”

She was diagnosed with Large B Cell Lymphoma.

Jennifer went through six rounds of chemotherapy and 17 radiation treatments. She never told her son because she knew if he found out “he will stop what he’s doing. He will come home.”

For most of Jennifer’s treatment Jeff was playing at school, and then he was busy preparing for the NFL Draft.

And Jennifer was right, Jeff would have returned home had he learned of his mother’s diagnosis sooner.

It wasn’t until training camp – Jeff was drafted in the seventh round to the Cincinnati Bengals – that he confronted his mom, and the two had an honest conversation about her diagnosis.

Now, the mother and son duo can breathe a little easier.

Jennifer’s cancer is currently managed, and not only did Jeff make the Bengals, but he recently blocked a Miami Dolphins’ field goal attempt which helped lead his team to victory.

Jennifer attends nearly every one of Jeff’s games, and the two talk right before he takes the field.

It’s astonishing what we do as parents to keep our children’s dreams alive. I applaud Jennifer for keeping such a major thing from her son. I can’t imagine it was easy.