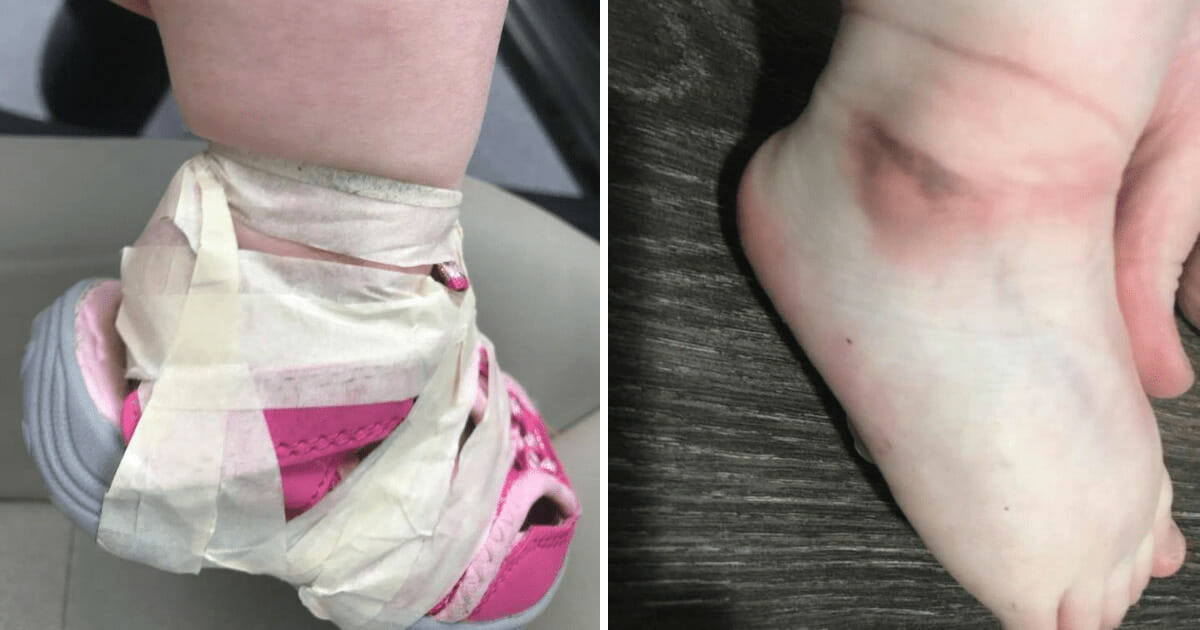 Choosing the right daycare for our kids is never easy. Selecting one that has the right educational environment, as well as the right staff, can be all about instinct for many parents. Ultimately, a good deal of research is usually required.

The cost of daycare in the U.S. is very high, but we all want the best for our children. As a result, it’s often a catch 22 situation, as we can feel like we’re working just to pay childcare fees.

For one single parent in North Carolina, she thought she’d found the perfect setting for her child and was happy to leave her there every day. Then one afternoon she went to collect her and was horrified at the sight she was met with.

Share
Tweet
When we leave our children at preschool, we expect the staff to take good care of our precious little ones. Not only is it their job to do so, but it goes without saying that our children are our most cherished possessions; the mere idea of them in discomfort or pain is a source of distress.

However, mom Jessica Hayes was left furious after collecting her 17-month-old daughter from the Pleasant Hill nursery in Elkin, North Carolina. Upon doing so, she noticed that staff had taped her daughter’s shoes to her ankles.

After gently peeling the masking tape off her baby’s skin, she realized that the tape had been applied so tightly it had left marks and bruises.

Jessica took to Facebook to vent her frustrations, and it turned out a good many people understood her fury.

She wrote: “I am upset that this happened to my child as someone was clearly upset that she was learning take her shoes off and done it out of being aggravated. This was also not just her shoes being taped up it was around her ankle,” she wrote on Facebook. “To the sports players who tape their shoes, they are older have the say so in doing so and are able to say it is to tight and bothering them. My 17-month-old child was unable to say anything.”

Jessica said the tape was wrapped around her daughter’s ankles so tightly it had caused swelling and bruising.

“It does hurt and break trust when you put that trust into two individuals who have been with my daughter since she was 6-weeks-old, and come in to her shoes being taped on her as well as her ankles.”

According to Cafe Mom, Jessica said she reported the incident to the daycare director who “was just as speechless as I was.”

Jessica said that despite the incident, her daughter went straight back to the same daycare the next day.

People are now debating online whether Jessica was right to blame staff when she saw what they had done. Some people she has a point, whilst others argue that the daycare staff were simply trying to do their jobs. What do you think? Let us know in the comments box.