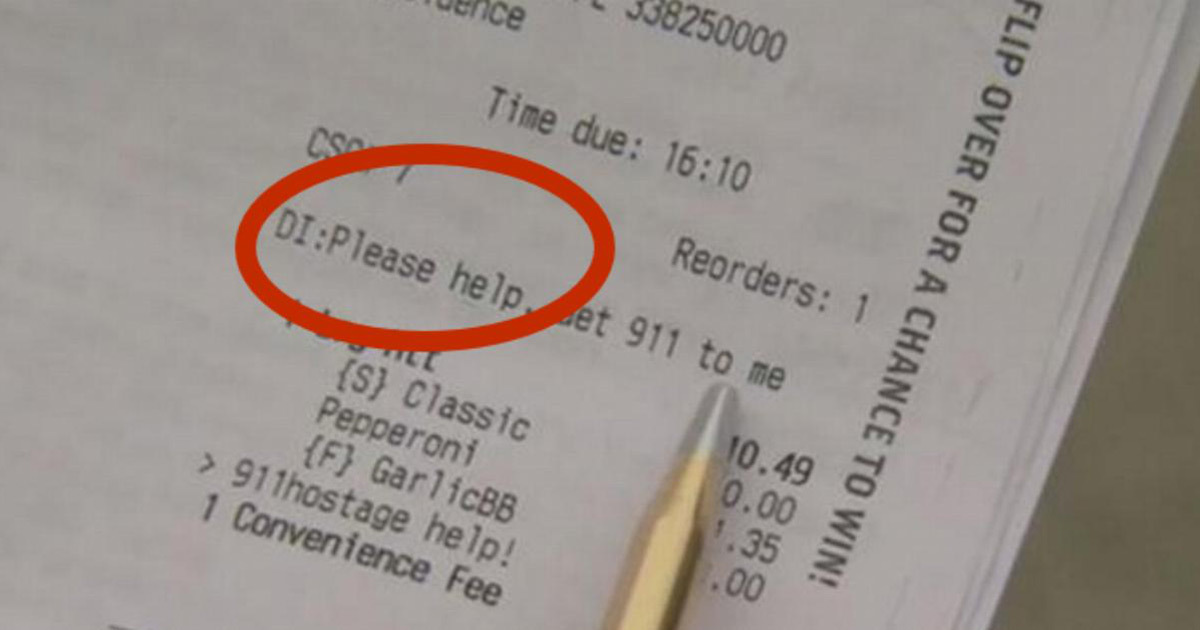 The situation was quickly turning into a nightmare.

Mother-of-three Cheryl Treadway was standing face to face with her furious boyfriend—and her life hung in the balance. Her boyfriend was on meth, had a knife in his hand, and was threatening to kill her.

For hours, Cheryl and her kids were hostages in their own home. They had no way of contacting the outside world and no way of escaping their Avon Park, Florida home.

Until Cheryl had an idea.

Cheryl Treadway was almost paralyzed by fear, but she knew she had to get her kids to safety.

After a few intense hours that escalated to the point where her boyfriend threatened to stab her, Cheryl managed to persuade him that her kids needed to eat. Fortunately, he calmed down for a moment and let her use a phone to order pizza on the Pizza Hut app.

But what Cheryl’s boyfriend didn’t know was that when she ordered a pepperoni pizza for her kids, she also made one last desperate attempt to save her and her children’s lives.

And then in the comment field, she also managed to write: “911hostage help!”

When the restaurant staff saw Cheryl’s cry for help, they immediately realized how seriousness the situation was.

They grabbed the phone and called emergency services.

The family was finally escorted to safety, and thankfully, nobody was injured. However, if it hadn’t have been for Cheryl’s clever idea, the pizza staff’s quick response, and the police department’s rescue effort, the story could’ve ended in a completely different way.

“I’ve been here 28 years and I’ve never seen anything like it,” restaurant manager Candy Hamilton said, according to the Daily Mail.

Although it’s extremely rare for Pizza Hut to receive messages like this one on their orders, domestic violence is not uncommon. According to the National Coalition Against Domestic Violence, in the United States, “On average, nearly 20 people per minute are physically abused by an intimate partner in the United States. During one year, this equals more than 10 million women and men.”

At its worst, domestic violence can fatal, but for Cheryl and her children, luck was on her side. Watch a report about the incident here:

Acting rationally while your life is on the line is far from easy, making Cheryl’s action even more impressive. Please share Cheryl’s story to pay tribute to her brave and clever way of calling for help!