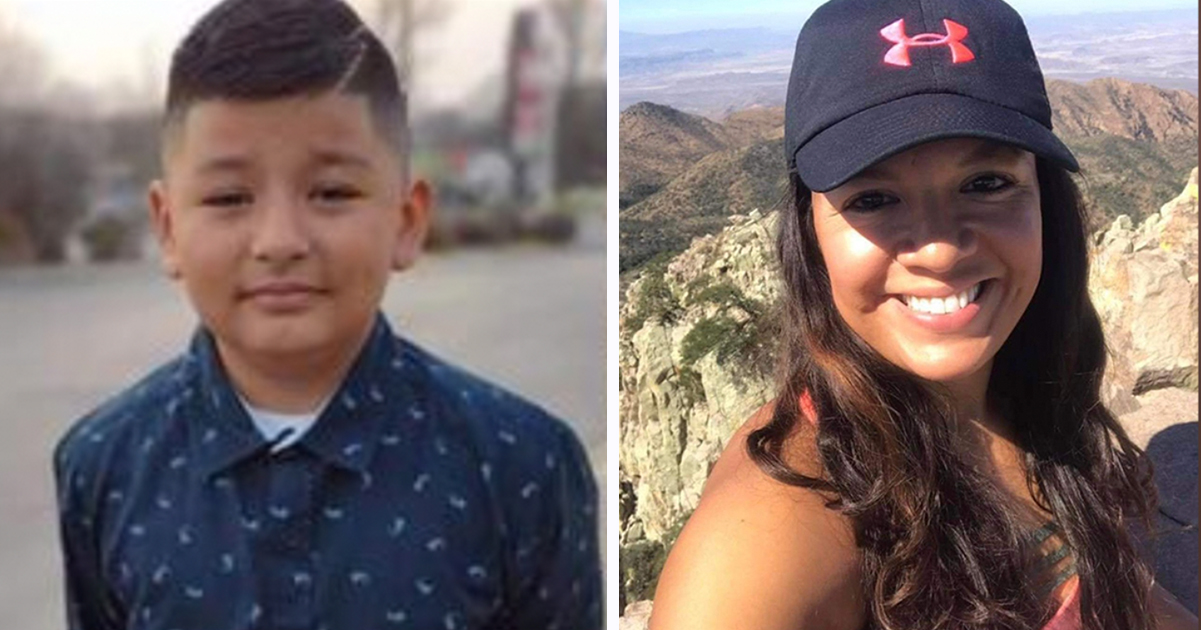 The mother of one of the victims of the atrocious school shooting that took place at an elementary school in Uvalde, Texas yesterday attended an awards ceremony for her young son just hours before he was killed.

The world is once again reeling in shock after the incident, which reportedly saw an 18-year-old gunman enter the grounds of the Robb Elementary School and open fire in multiple classrooms.

At the time of writing, 19 students at the school have died, as well as a teacher. The shooter – identified as 18-year-old Salvador Ramos, of Uvalde – is believed to have acted alone.

Among the victims of the shooting was fourth-grade teacher Eva Mireles, a mother and wife who enjoyed running and hiking. As per her aunt, Lydia Martinez Delgado, she had worked in the Uvalde Consolidated Independent School District for 17 years.

Delgado said in a statement: “I’m furious that these shootings continue. these children are innocent. Rifles should not be easily available to all. This is my hometown, a small community of less than 20,000. I never imagined this would happen to especially loved ones … All we can do is pray hard for our country, state, schools, and especially the families of all.”

Tragically, a reported 19 children have lost their lives in the attack. ABC7 say 10-year-old Xavier Lopez is among the deceased. He was in the fourth grade.

Xavier’s cousin told how the boy’s mother had attended an awards ceremony for her son just hours before he was shot dead. She had no idea it would be the last time she would ever see her baby boy alive.

Another 10-year-old, Amerie jo Garza, was also identified by her family as one of the children killed at the school.

Her father, Angel Garza, met with U.S. Marshals on Tuesday night – they informed him that his daughter was among the victims.

In a statement sent to ABC, Angel wrote: “Thank you everyone for the prayers and help trying to find my baby.

“She’s been found. My little love is now flying high with the angels above. Please don’t take a second for granted. Hug your family. Tell them you love them. I love you Amerie jo. Watch over your baby brother for me.”

According to CNN, Ramos shot his grandmother before crashing a vehicle close to the Robb Elementary School. Latest reports say she remains in critical condition, despite initial sources suggesting that she had died.

School District Police Chief Pete Arrendondo said: “The suspect did crash near a ditch nearby the school. That’s where he exited his vehicle with what I believe was a rifle and that’s when he attempted to enter the school where he was engaged by law enforcement.”

Estrada went on to say that the shooter was wearing body armor and was equipped with a rifle. He made it into several classrooms before he was fatally shot by law enforcement.

Among those vehemently denouncing the shooting was President Joe Biden, who gave an impassioned speech wherein he demanded that the country act to avoid similar tragedies unfolding in the future.

“I’d hoped, when I became president, I would not have to do this again,” President Biden said.

“As a nation we have to ask when in God’s name are we going to stand up to the gun lobby. I am sick and tired of it — we have to act.”

This is a developing news story. We will be continuously updating our content over the coming days.

All of our thoughts are with the victims of this horrific school shooting. Join us in sending love and prayers where they’re needed.