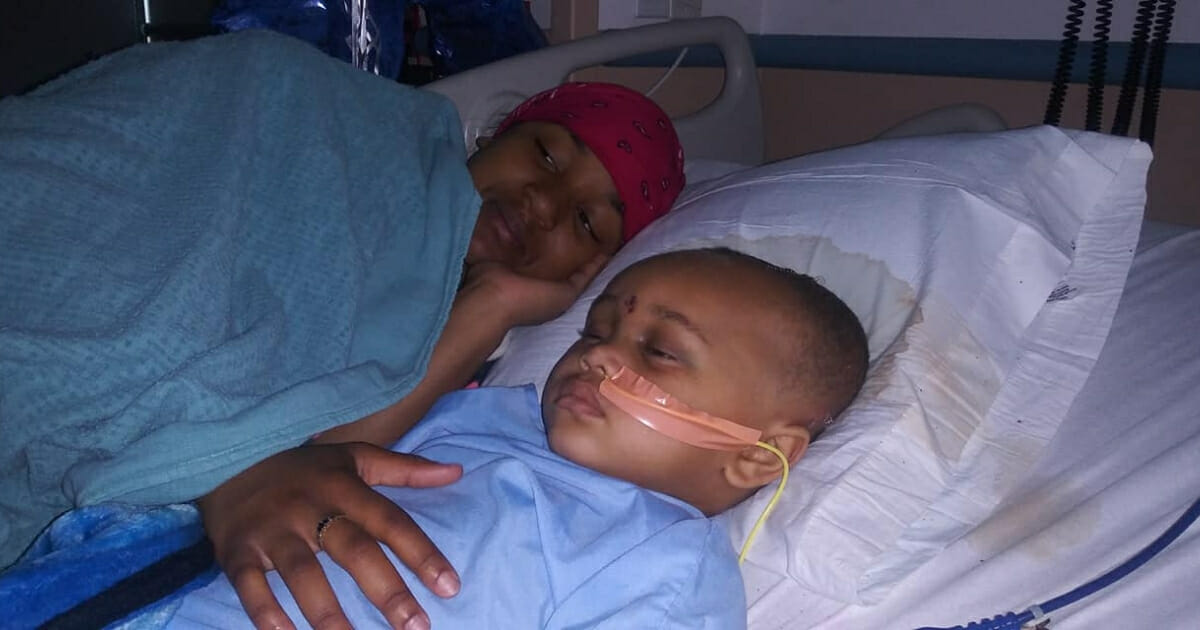 Miracles can happen when we least expect them. If you’ve ever experienced something truly miraculous then you’ll know exactly what I’m talking about.

In any case, one mother from Oakland, California certainly has reason to believe in them. Her 4-year-old boy is being hailed after surviving an injury that should have killed him.

Toddler Na’vaun Lamarii Price Jackson reportedly found a gun under a bed inside the home of his mom’s boyfriend on March 27, 2019. He proceeded to accidentally shoot himself in the head, but has thus far defied all reasonable expectations …

Brijjanna Price had every right to believe she’d lost her baby boy on the day he accidentally shot himself in the head. After finding a gun under a bed at the home of his mom’s boyfriend, he suffered a serious injury to his head that should have killed him.

Indeed, as per KTVU, Price was informed by doctors at UCSF Benioff Children’s Hospital that her son had likely suffered serious brain damage and would never walk again.

Little Na’vaun, however, has defied all the odds. After coming off of life support and out of a medically induce coma, Na’vaun is responding to those around him and has started to eat on his own.

“He’s breathing on his own, he’s doing something different every day,” Price told KTVU. “Everything the doctors saying… God says different.”

His remarkable progress was in evidence during videos his grandfather, Ramon Price, captured and uploaded to Facebook.

In one video the 4-year-old can be seen giving his grandad a high five. Another shows him trying to eat a little food.

“Prayer really does change things,” the proud grandfather continued. “From ICU to physical therapy. Please continue to lift my grandson myself and the rest of my family up in prayer.”

It warms our hearts to know that Na’vaun is out of intensive care and gaining ground each day with regards to his recovery. You can visit the family’s GoFundMe Page for more information, or if you’d like to donate towards Na’vaun’s rehabilitation.

God works in mysterious ways. We wish that he continues to help Na’vaun while we pray for his continued recovery.

Share this article if you, too, want to show support for this brave little boy.